May is typically a quiet month at KEP. The summer folk have departed and those of us left on base generally have the yearly indents and orders to compile so it can all be purchased in the UK before being packed and shipped down for ‘first call’ in November. Unfortunately for me that means a lot of time in the office, having already counted all the spare boating parts, working out what needs to be ordered for the boating department next year. 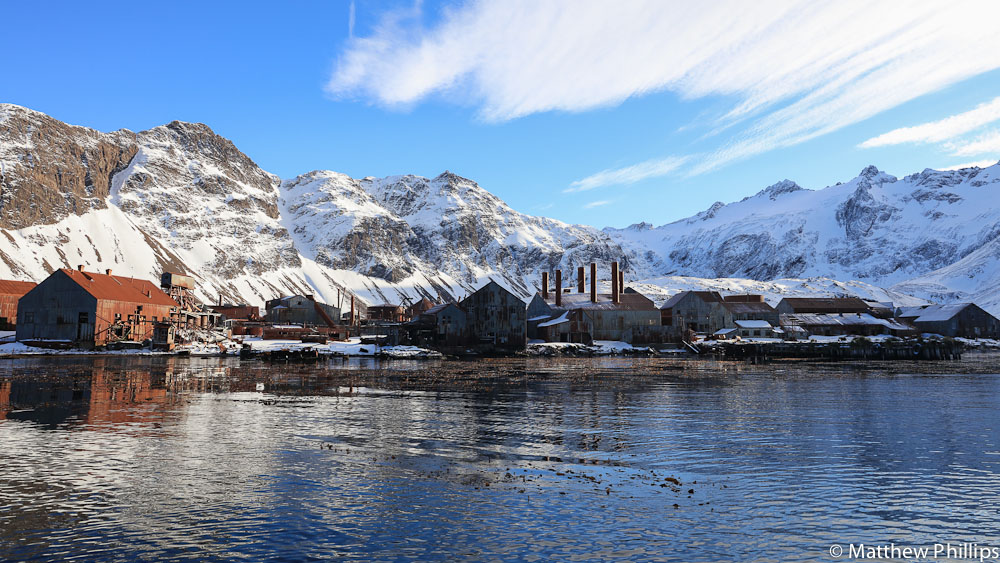 We did have one spectacular day of boating where we got the rest of the wintering team, who hadn’t already been, round to Stromness bay. We were there just a week before the centenary of Ernest Shackleton reaching Stromess whaling station and bringing his epic survival story to an end. 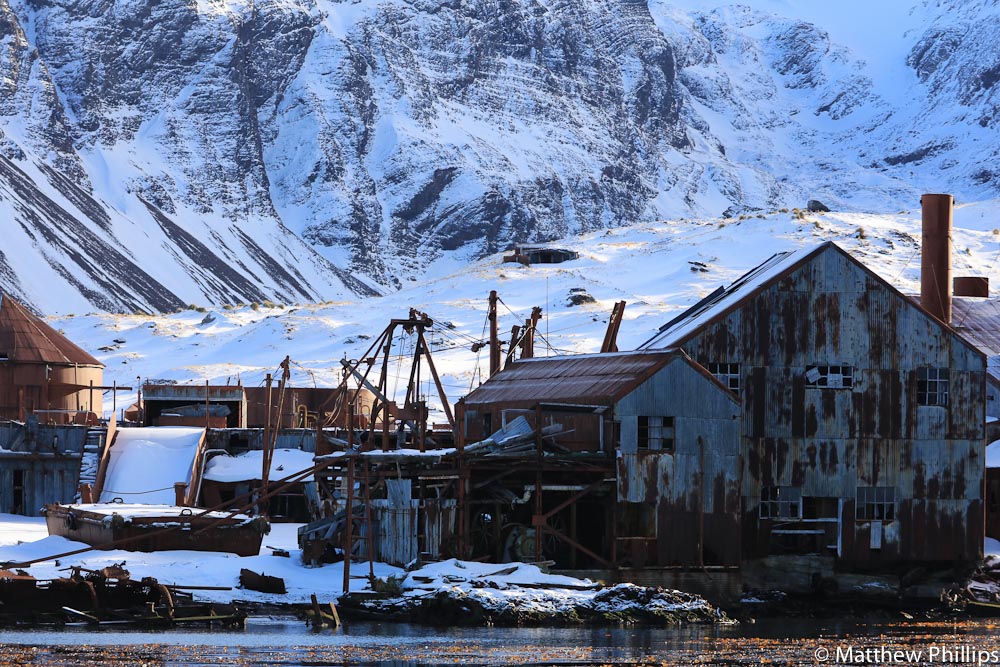 Leith whaling station is by far the largest on South Georgia. It was closed down 1965, though using the word ‘closed’ might imply that it was somehow decommissioned in an organised manner. In reality, ‘deserted’ would be a better word. Unfortunately we aren’t allowed within 200m as there is still a large amount of asbestos in the buildings. The snow also makes it easier to see the Argentinian defensive position on the hill (centre of the photo) from 1982. It’s always an easy date to remember as I was born during the Falklands (and South Georgia) conflict, some 34 years ago. 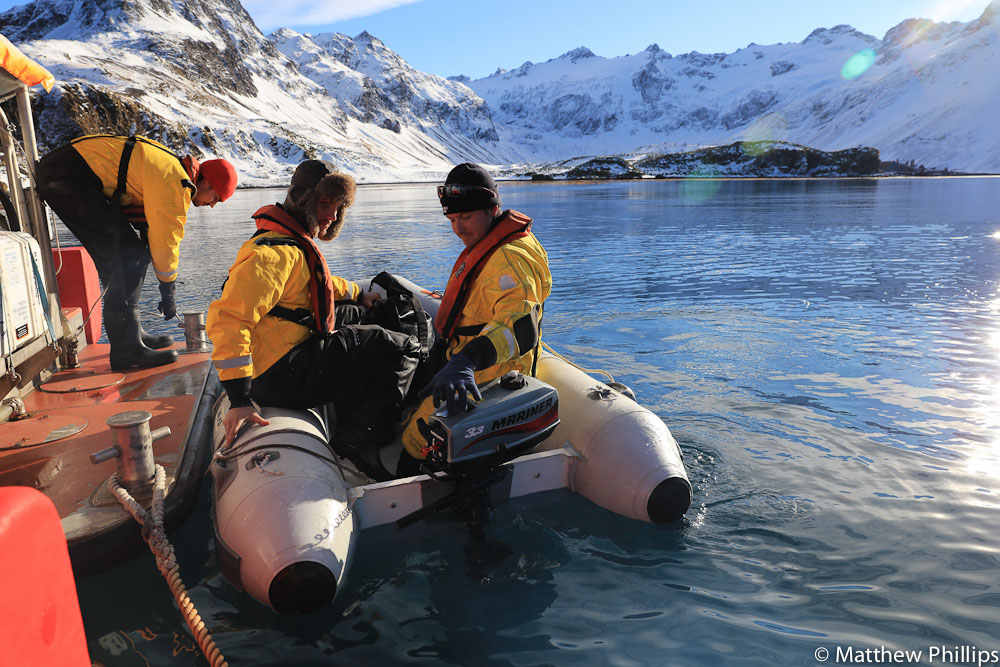 Possibly the most reliable and least used boat at KEP is Dotty. Great fun to drive about on a nice day. 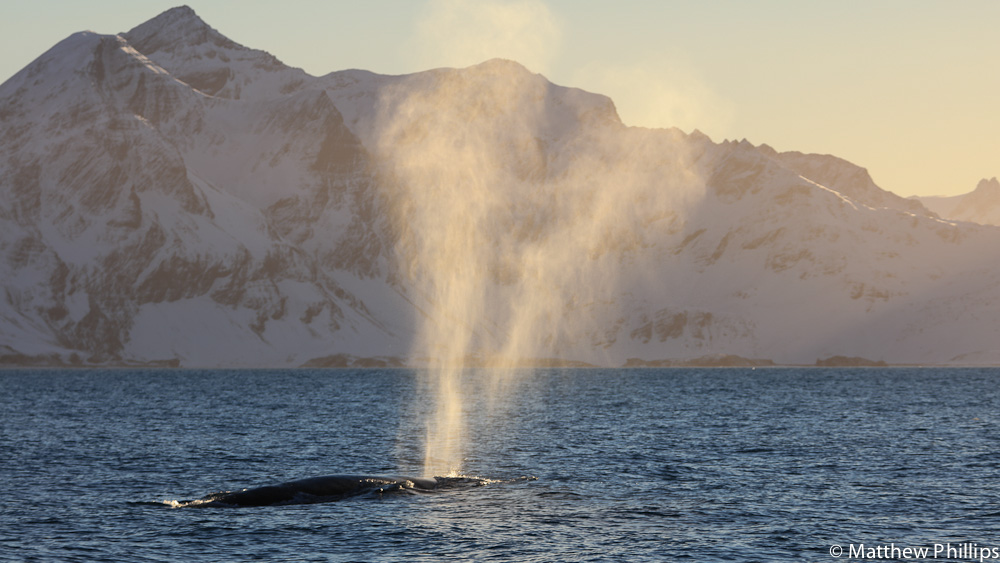 On our way back Becky noticed something out of the corner of her eye, a whale blow she thought. Sure enough after hanging around for a few moments we spotted another. The double or ‘V’ blow is typical of a Southern Right Whale. We think there were at least three of them. 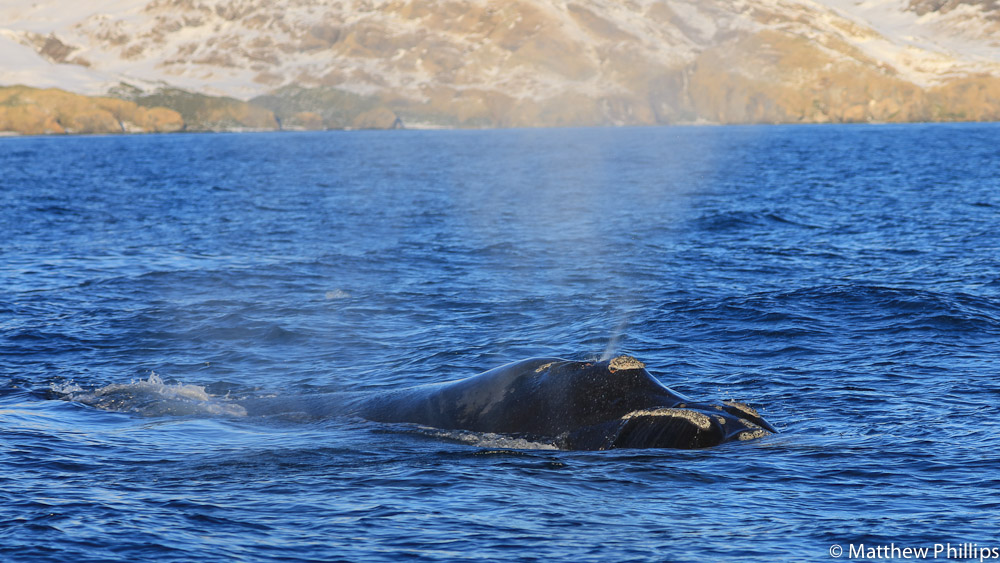 The rough patches of skin (called callosities) infront of the blow hole are a giveaway as well. That’s twice this year I’ve seen whales in Cumberland East Bay. Having seen none in the previous two years it’s a good sign they are doing well. This is the closest I’ve been to any whale. 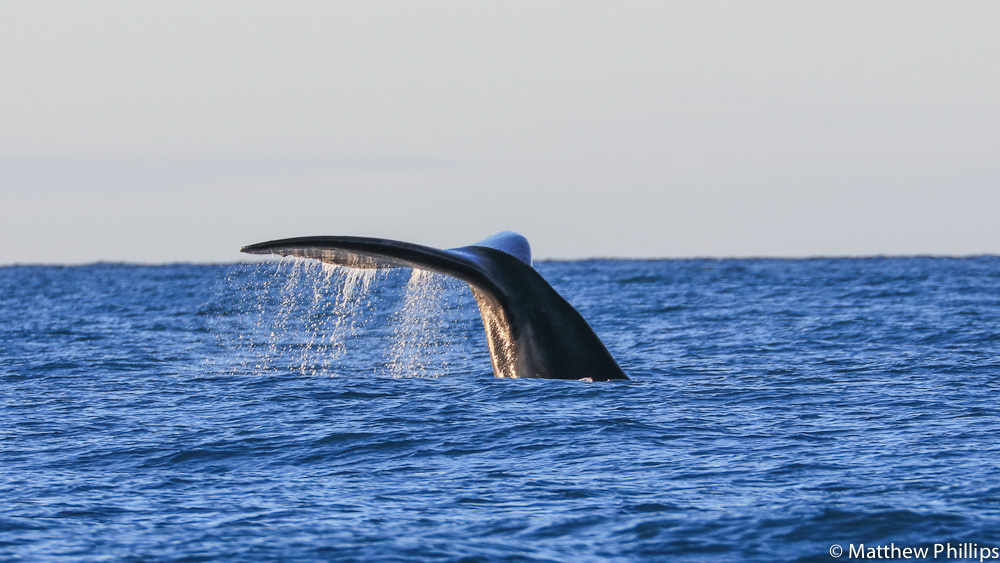 I was hoping to get the classic 90 degree shot of the fluke (proper word for the tail) as it began a dive. I didn’t quite get that but still fairly chuffed to get this one. 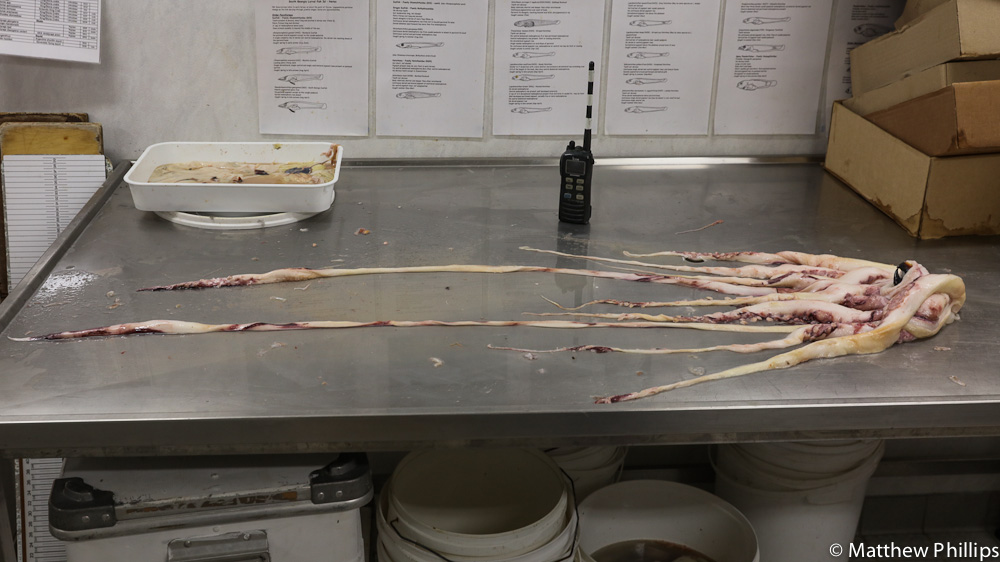 Part of Lewis’s job is to look at the contents of the toothfish stomachs that the observers from the fishing ships send back. One toothfish stomach had a large squid within. Apparently the pink bits are the skin which breaks down shortly after consumption, so by the looks of it the fish was caught shortly after it consumed the squid. 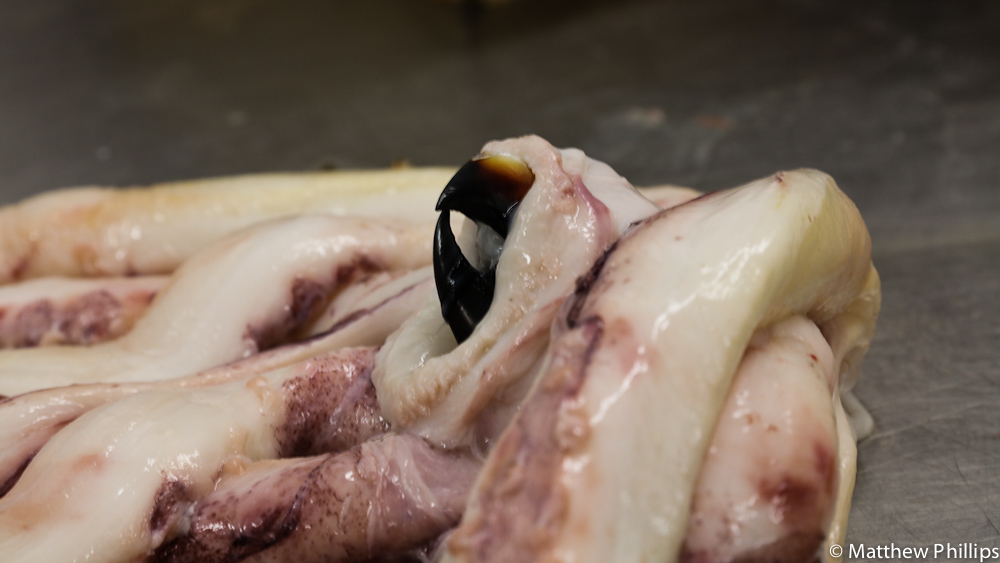 The beak of the squid must have been about 2-3 inches in size, fairly impressive. 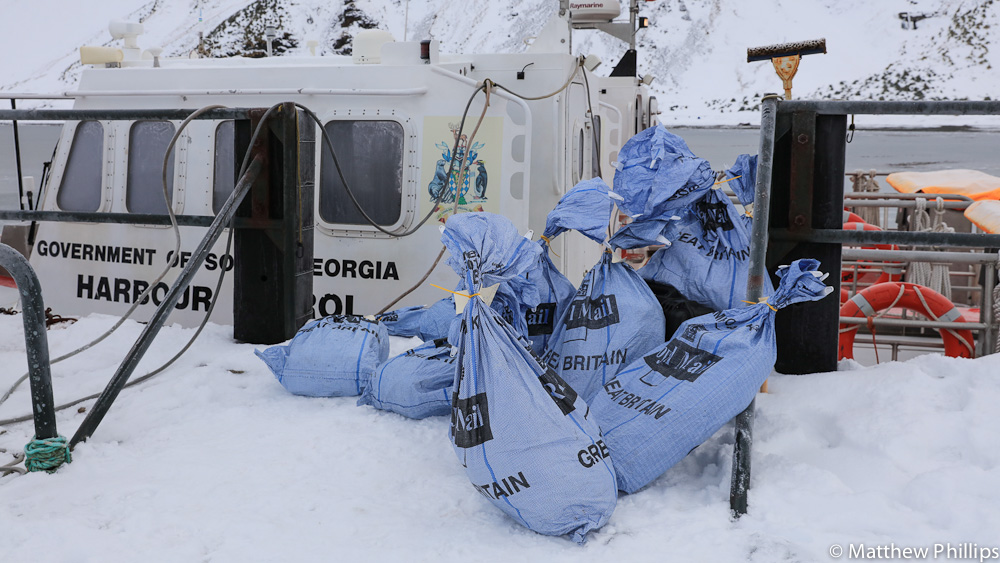 Ever wonder how we get our mail? It’s sent to the Falkland Islands before being put on the Pharos (fisheries patrol vessel) and sent our way. We often pick it up by jet boat if they don’t come alongside. 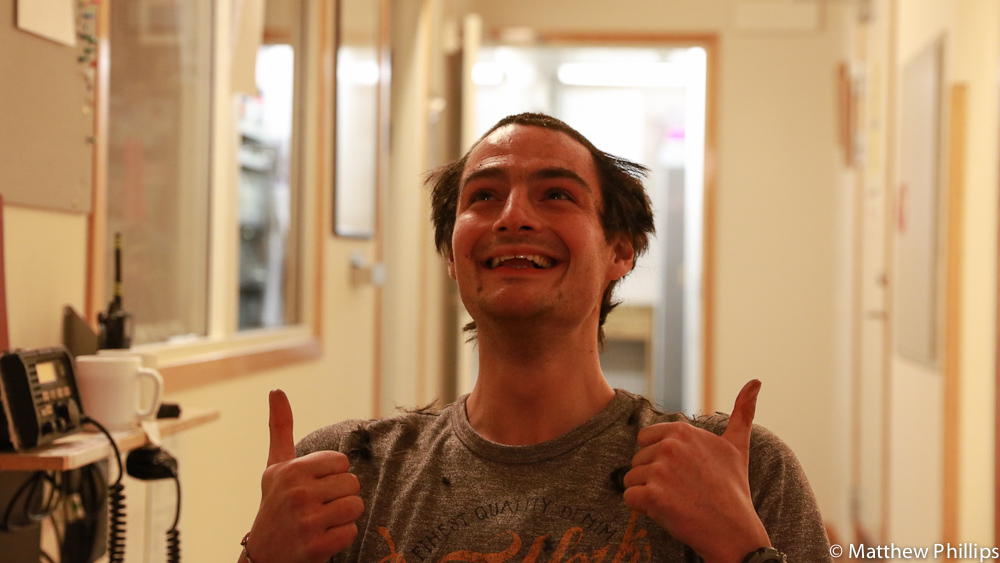 Jamie (above) and Robbie have been talking about giving each other stupid hair cuts for some weeks now. As it’s winter not many people are about so who cares? Robbie went first and gave Jamie a short on top… long back and sides. 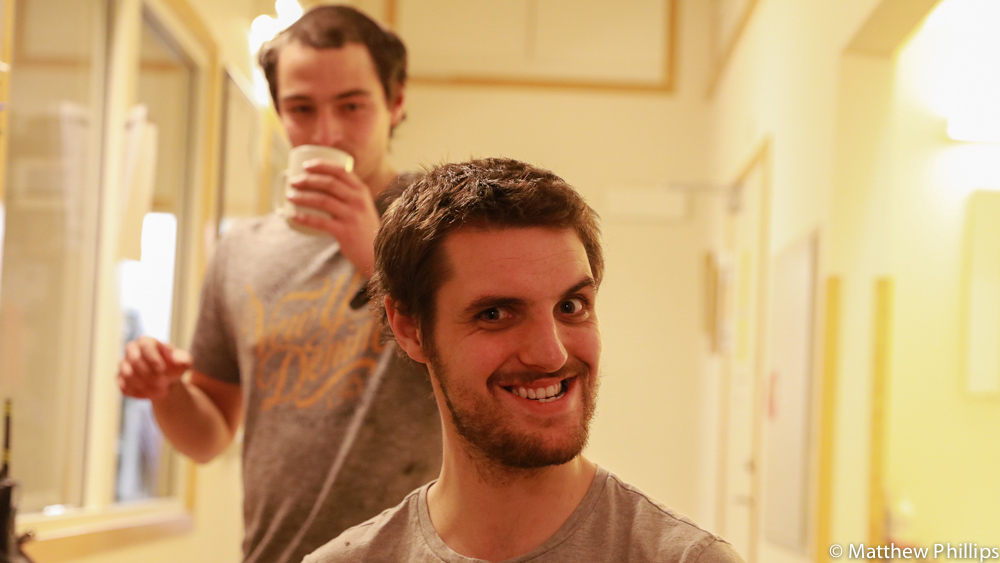 Robbie was looking confident, thinking he had the win wrapped up. 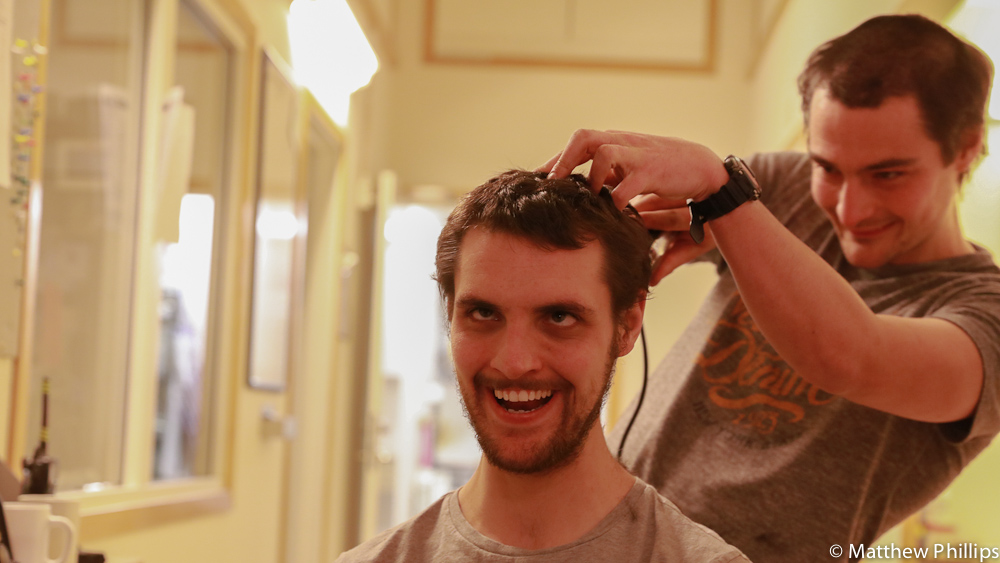 You’d be forgiven for thinking Jamie was performing a lobotomy here. 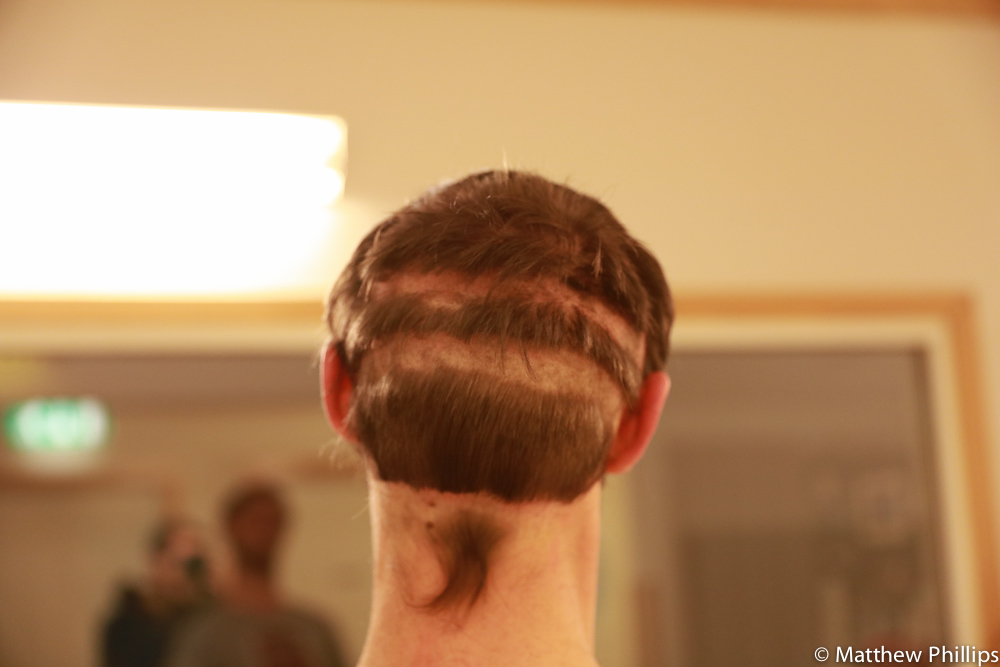 Robbie’s effort was smashed out the court by Jamie’s cut. The rule was they had to keep the haircut for two weeks before they could cut it all off. Robbie’s hair almost became normal after a week, despite it being the worst hair cut I’ve ever seen. 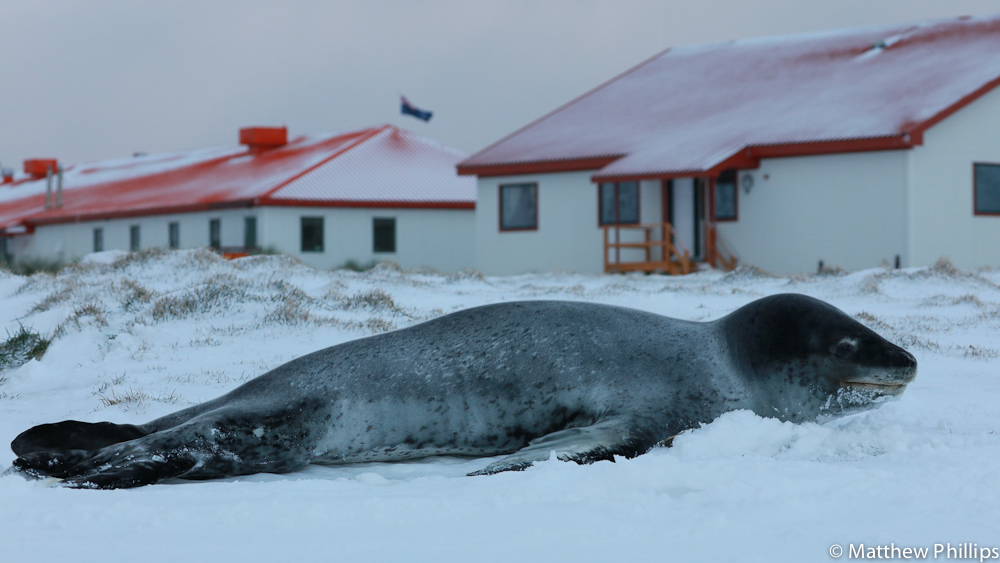 We had a small leopard seal (about 2m) hauled out in front of base for a morning. 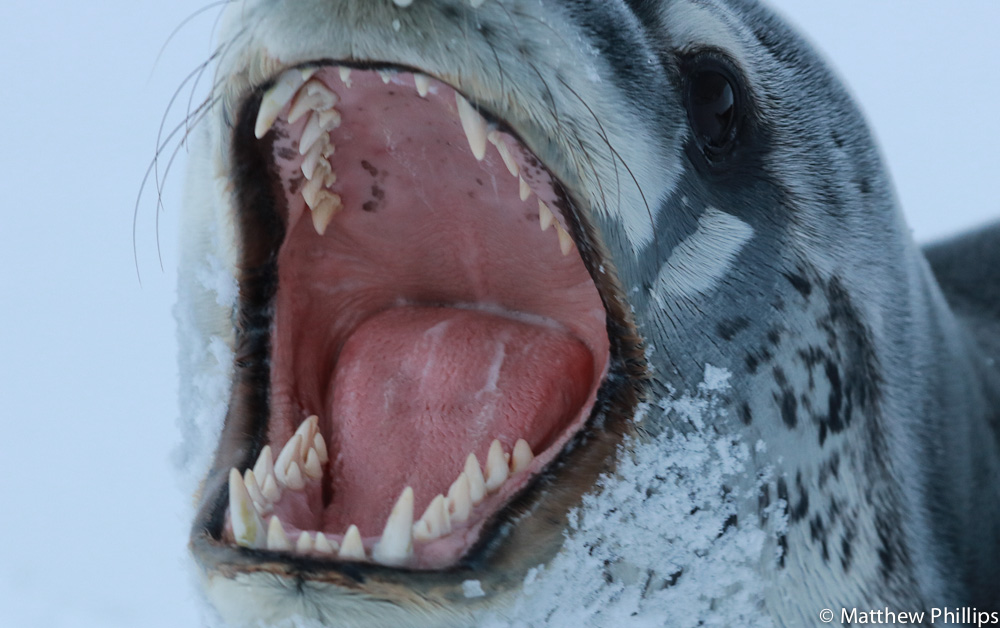 To think those teeth aren’t fully developed yet! 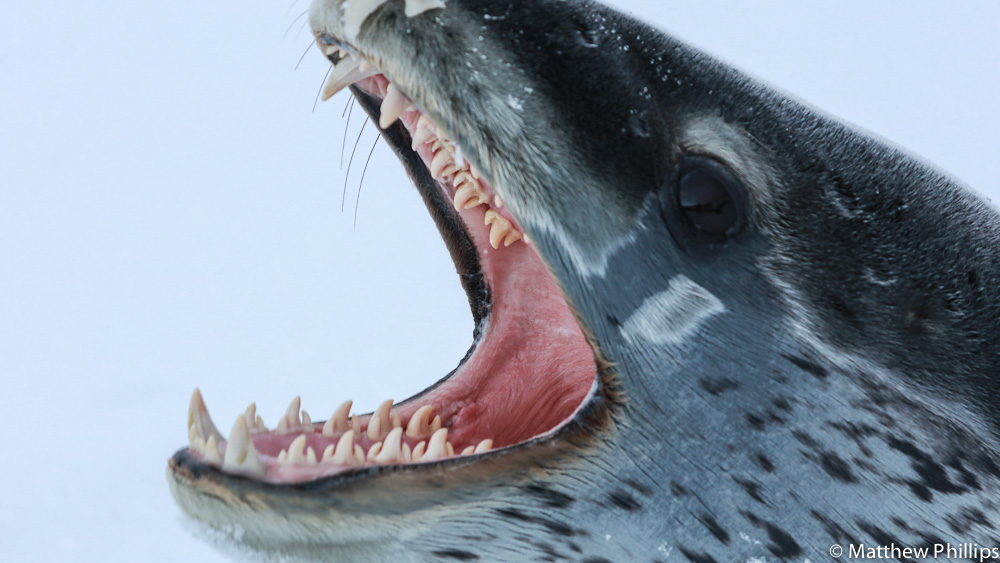 I wrote about the teeth in a blog a couple of years ago but if you are new to them here’s some info. Their tricuspid (three-pronged) teeth are the most evolved teeth on the planet. They can cut, chew, filter water and do just about anything any other tooth can do. 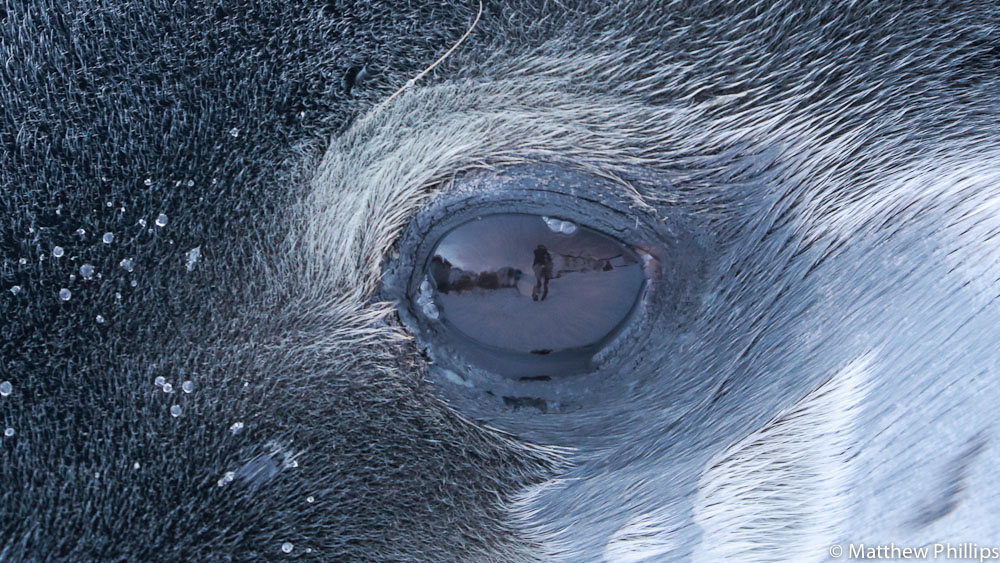 Fortunately they are slow on land so being 5m away (that’s how close we are allowed to get to the wildlife) isn’t as scary as you might think. Still needed my long lens for this shot. 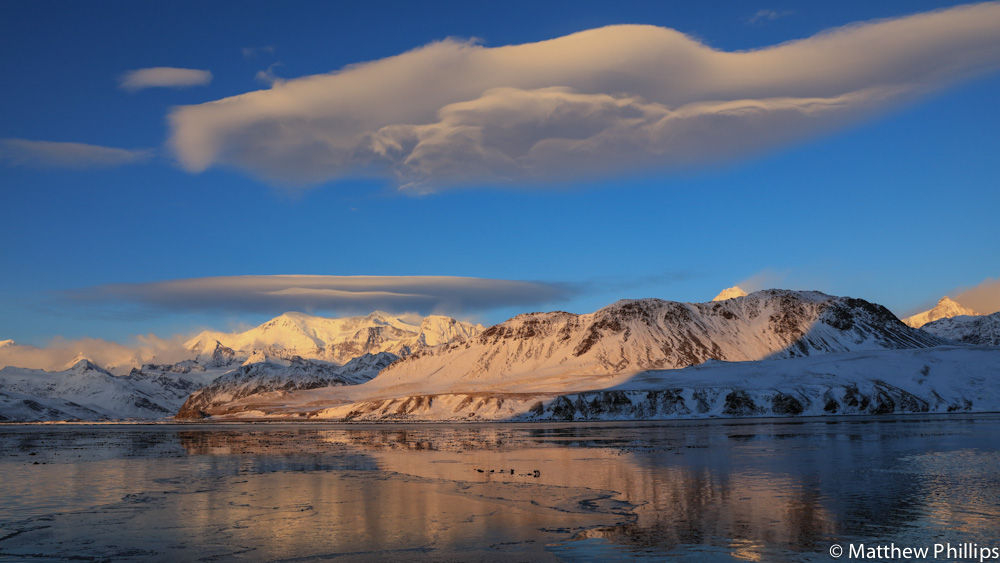 There is some amazing winter light about at the moment. Unfortunately I’m missing most of it as I’ve become a slave to the treadmill after work. But what’s more upsetting is the lack of snow we’ve had this month, especially after its early start in April. Not quite enough for skiing but too much to walk in easily.

We have the fun of Midwinter to look forward to now. The 21st of June is the shortest day here so it’s a big celebration over the course of a week that usually involves swimming, the Winter Olympics and eating a huge amount of food!