The last six weeks or so have been a bit of a holiday for me. Much of that time spent catching up with people (still some to go, I haven’t forgotten!) and spending time on the sea.

My first taste of sea kayaking in two years was on the west coast with Ali and Oliver. A day out at Arisaig falling in, rolling and rescuing each other and ourselves to get back in the swing of things. After that Ali and I headed to the Isle of Raasay for a few days. Both of us have worked there previously so we were well taken care of by the owners (our old bosses) of Raasay House. 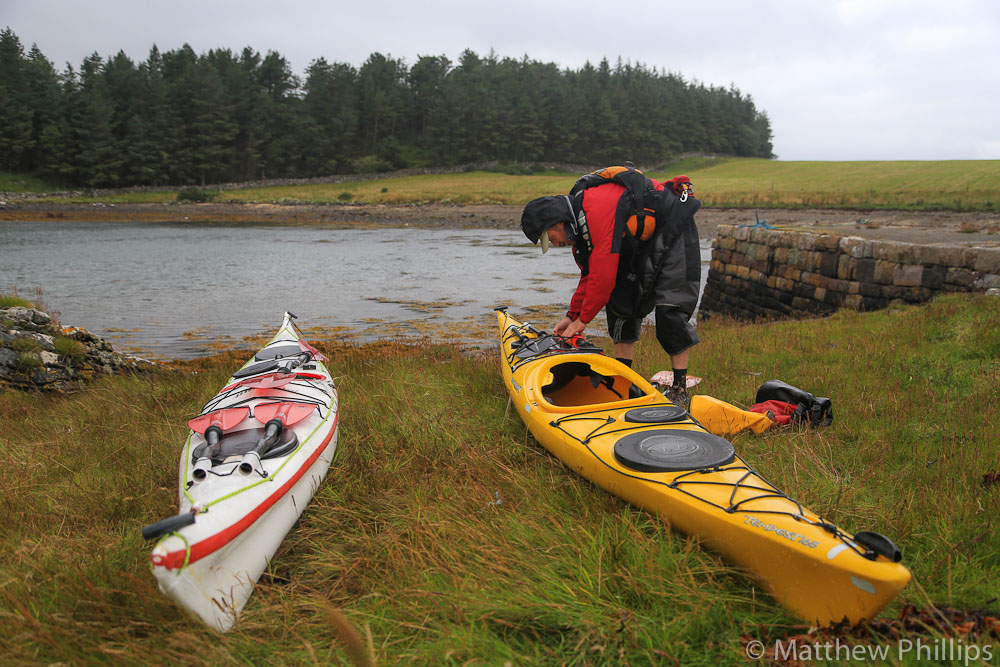 Ali packing some stuff into his boat for a short day on the water, as always the photo doesn’t do the the bad weather justice. 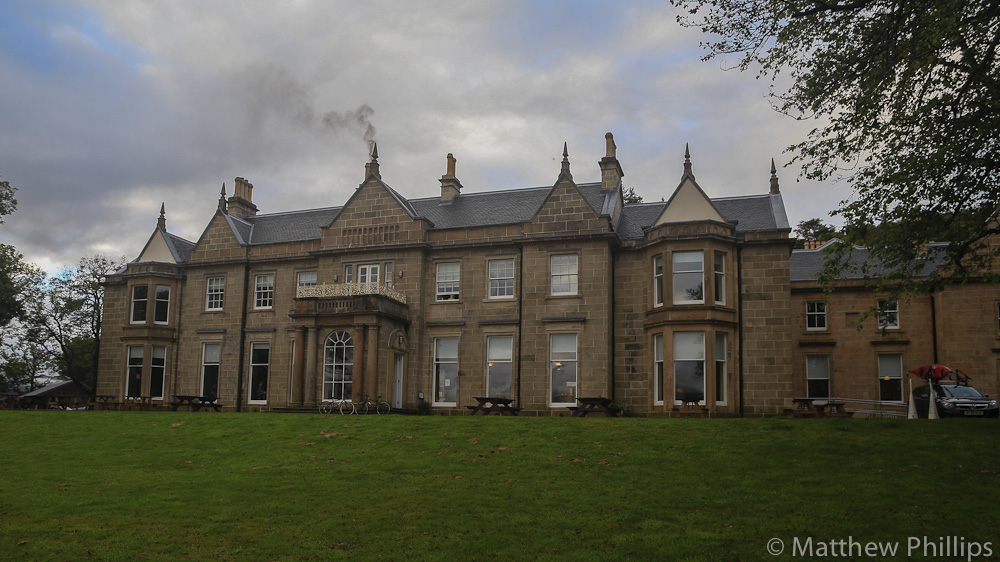 The house is 260 years old and was the seat of the Macleods of Raasay. It’s had a major rebuild in recent years and now has some fairly high-end rooms as well as space for school groups with up to 50 kids! The view looking out from the house is possibly my favourite anywhere (I’m back on the island later in the month, so you get an idea of the view then – I’m not a tease). 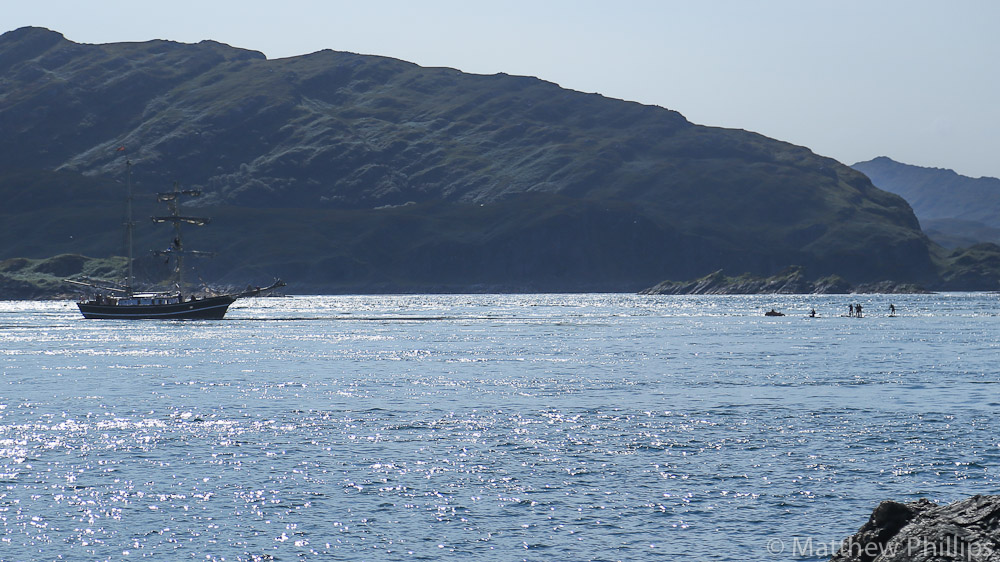 A few days later, and in much better weather, we found ourselves passing though the Corryvreckan which lies between the Isles of Jura and Scarba. It’s home to the worlds third largest whirlpool and even at slack water (where the tide isn’t doing much) it’s not to be taken lightly. Even away from the whirlpool there are large areas where the water is boiling up and tidal waves forming. Ali’s GPS had us doing 3kph and then jumping to 12kph 30 seconds later before going to 6kph shortly after that – unpredictable stuff! It didn’t stop these (lunatic?) paddle boarders passing though. 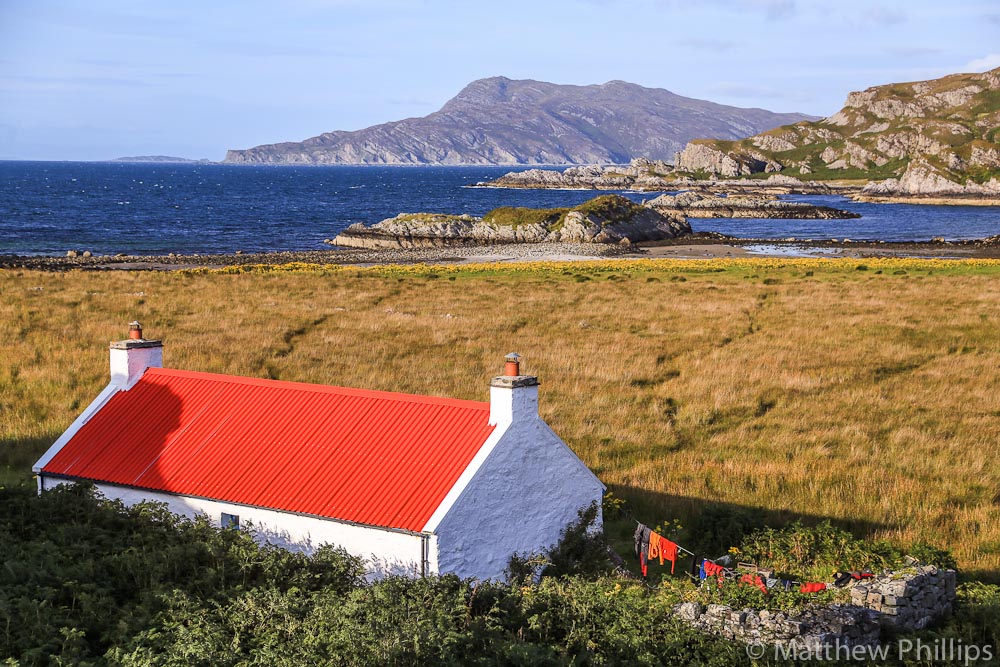 We had the Glengarrisdale bothy at the north end of Jura to ourselves that night. 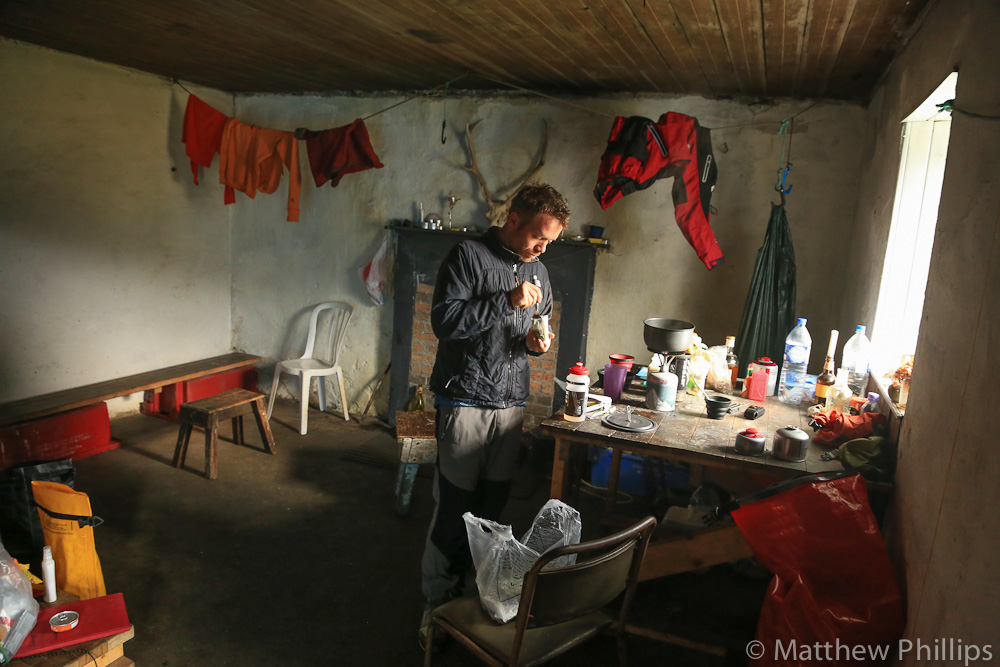 Basic inside but room to move around and hang stuff up if you need to. We had a bit of feast this night. 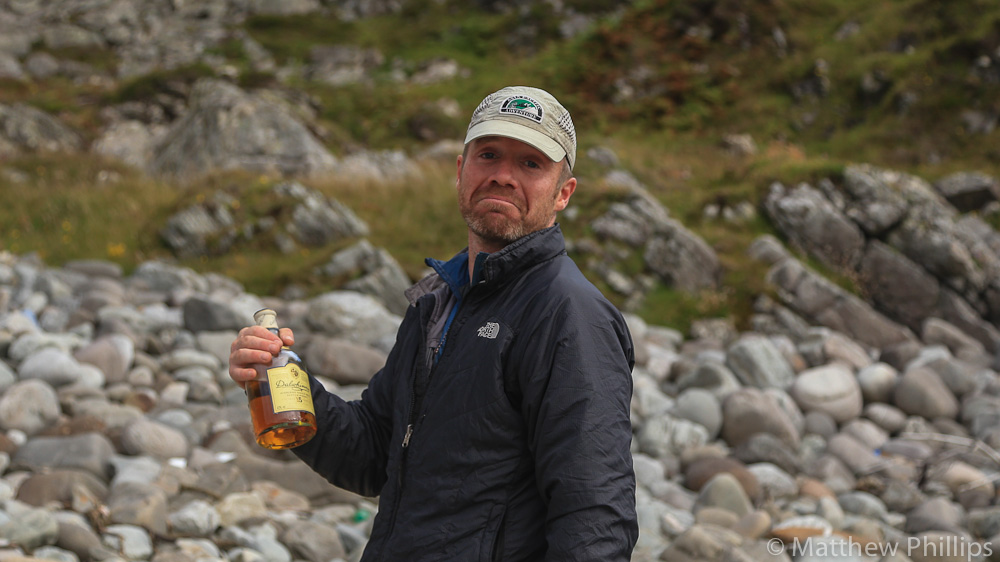 I think that expression is ‘why not?’ After several hours in a boat some whisky goes down quite well. After a few sips of the 15 year old malt the question was asked, ‘how middle class are we?!’… rhetorically. 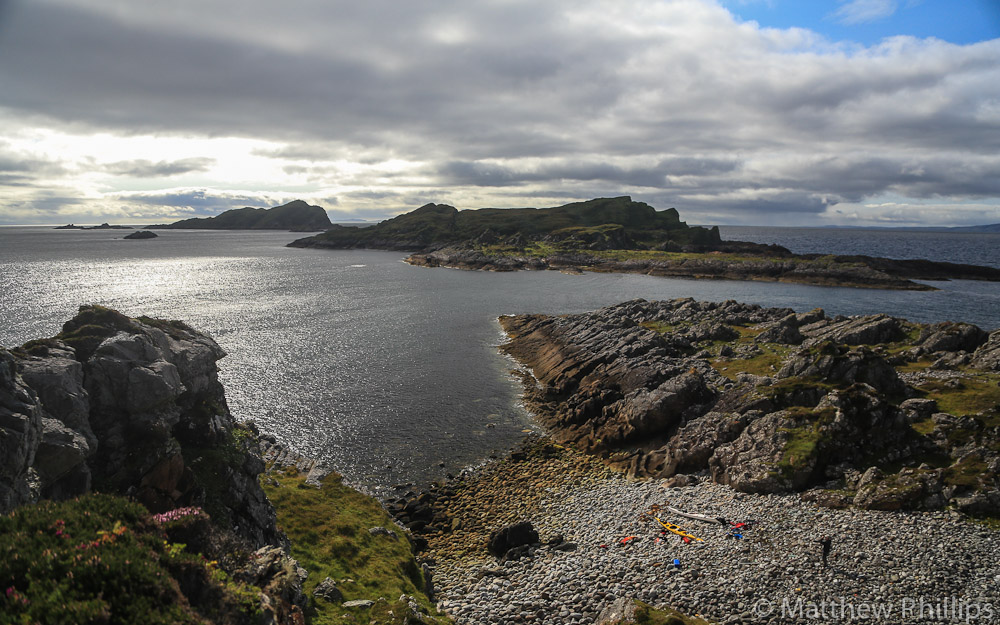 Night two was on the Garvellachs to the north west Jura. You can just make out Ali on the beach here, probably still with bottle in hand. 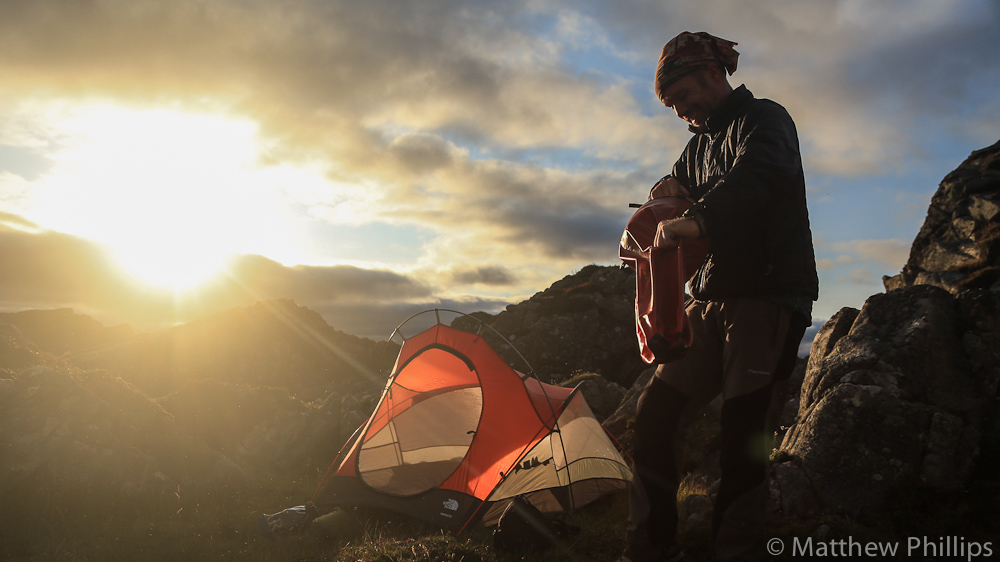 The plan was to bivvy out but the forecast had the wind dropping right off which meant the midges would be out in force! So we put the inner of the tent up. A good idea! Ali has a great picture of me the next morning looking terrified at the idea of leaving the safety of the tent. Here’s a link to his blog – 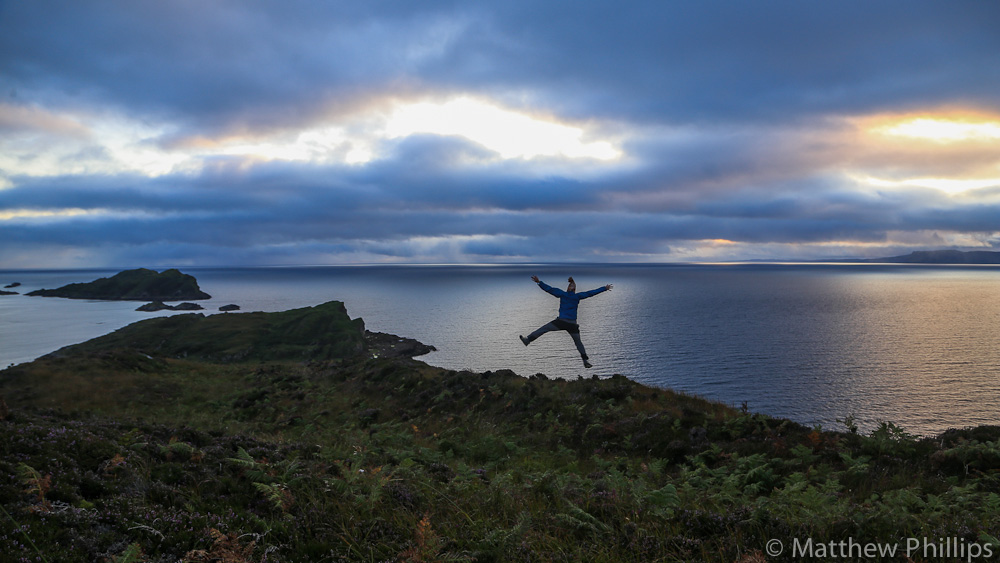 Before we got into the tent we headed to the top of the hill, partly to escape the midges and partly to get some photos. 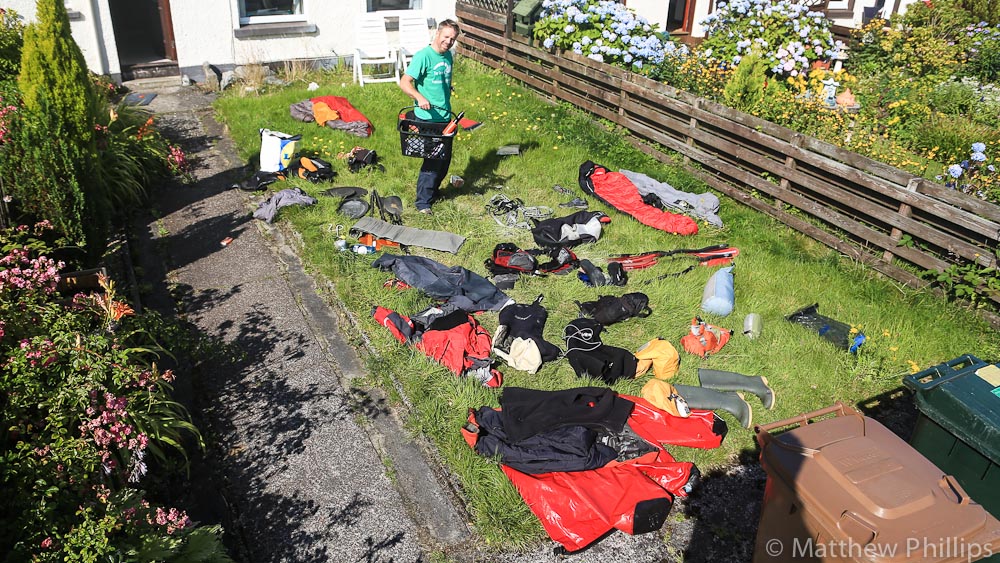 Sea kayaking involves a lot of kit, kit that normally needs a rinse out afterwards with fresh water. A couple of cold beers helps the process though. 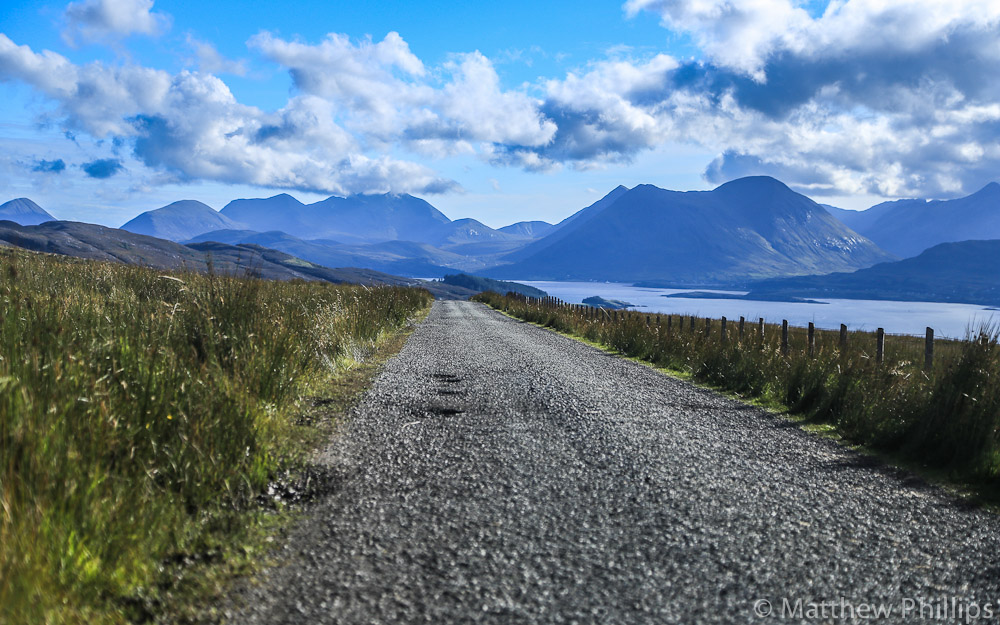 Katie and I headed to the isle of Raasay for just under a week. The plan was to kayak around Ramsay and Rona. Day one was taken at a gentle pace and we found time to drive around the island. On a good day it’s hard to beat Raasay! 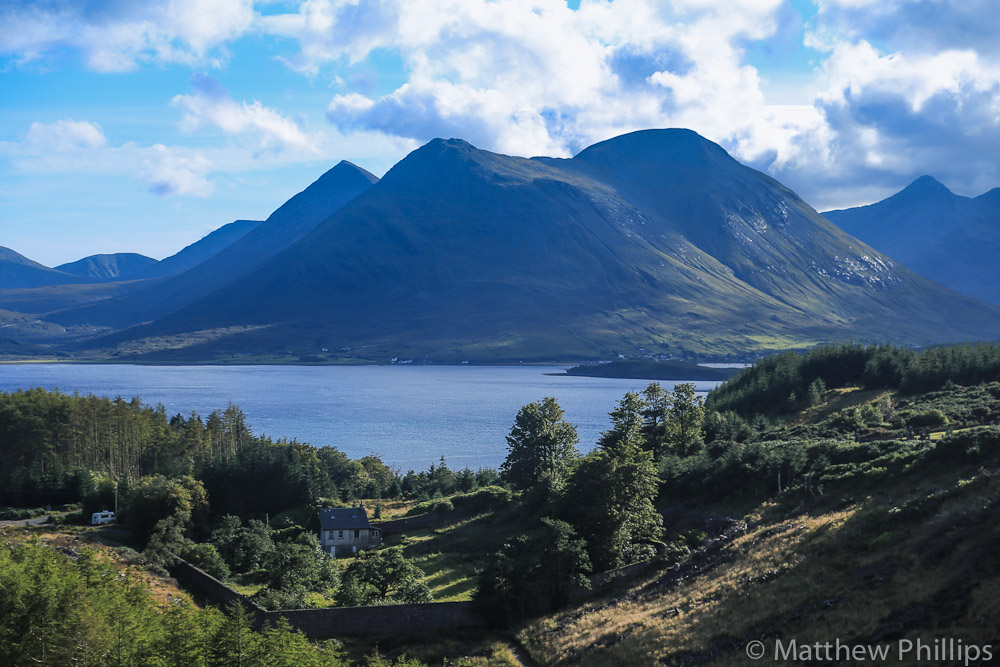 I’d told Katie before we arrived the view rivals the one from base (KEP) on South Georgia. That was met with some degree of doubt but later acknowledged as not so bold a statement. 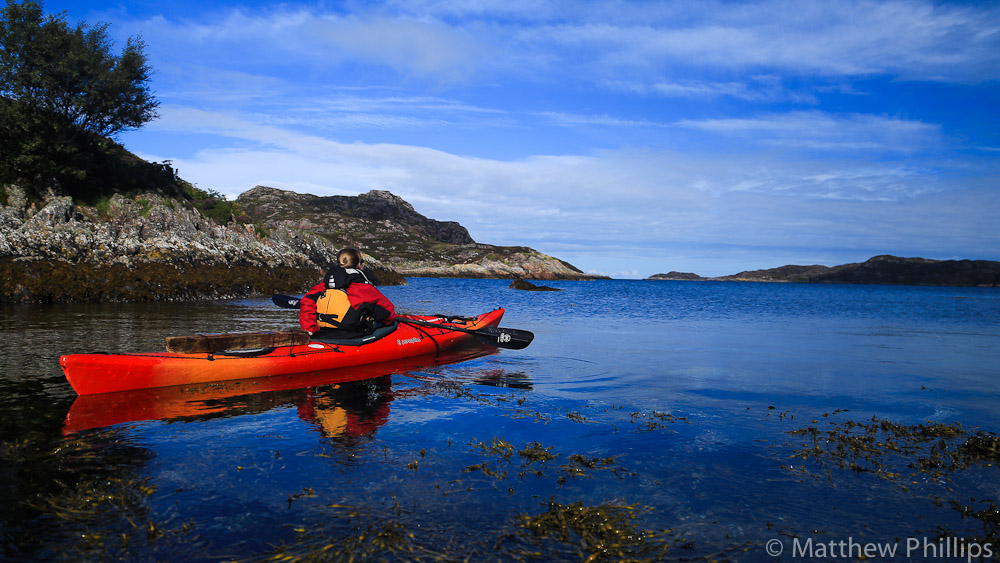 Day two of the paddle trip saw us depart the northern tip of Raasay and head round Rona, something I’ve wanted to do for over a decade! 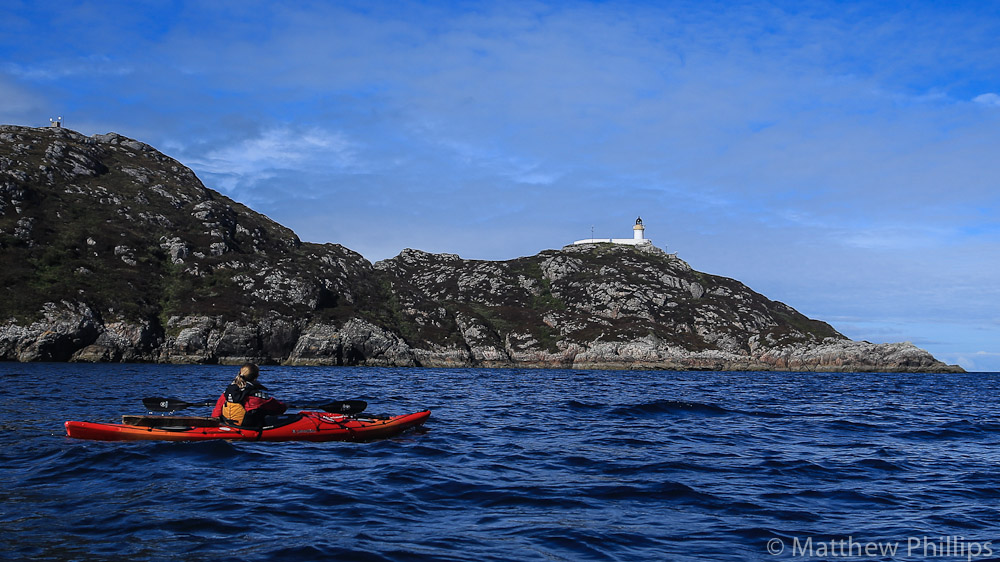 The light house at the northern end of Rona holds a prominent position. Just below the lighthouse (on the other side from this photo) is an MOD sonar base that listens for the submarines as they practice silent running in the Inner Sound (of Raasay), which I’m led to believe are the deepest inland waters in Europe at 300m. 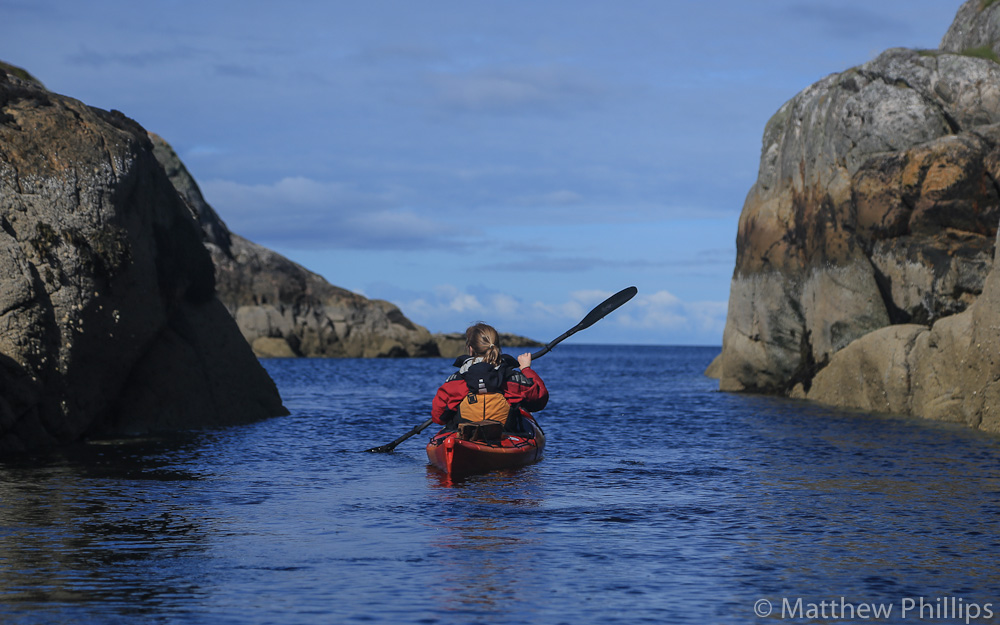 The northern and western coasts of the island are riddled with skerries and small islands making fantastic paddling and home to lots of wildlife. We saw hundreds of seals, half a dozen otters and deer. Unfortunately in a 17ft red boat it’s hard to sneak up on anything for a good shot… and I wasn’t taking my long lens in the boat with me! 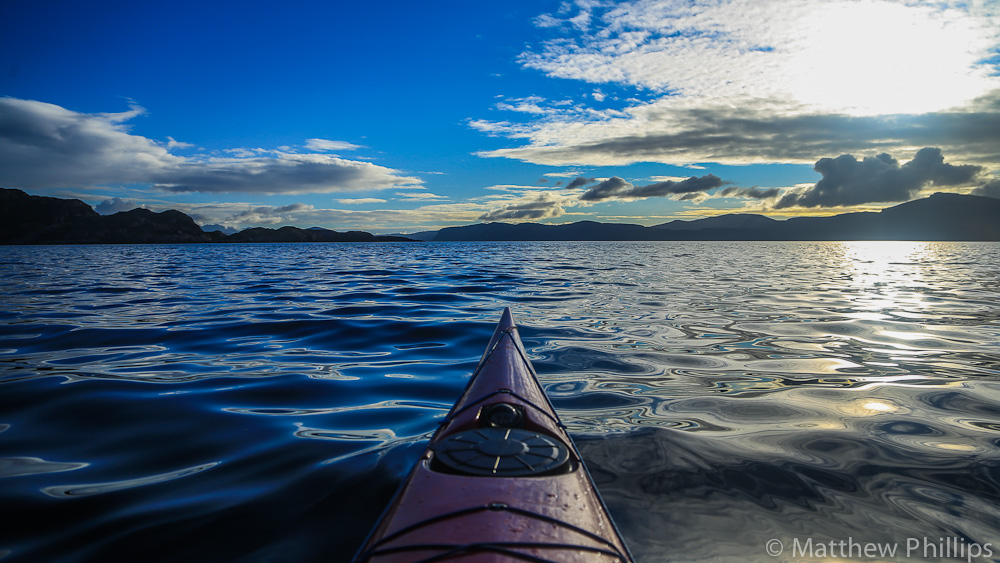 By the time we got back to the southern end of Rona the sea had become glassy. The views over the Sound of Raasay to Skye were fairly spectacular. 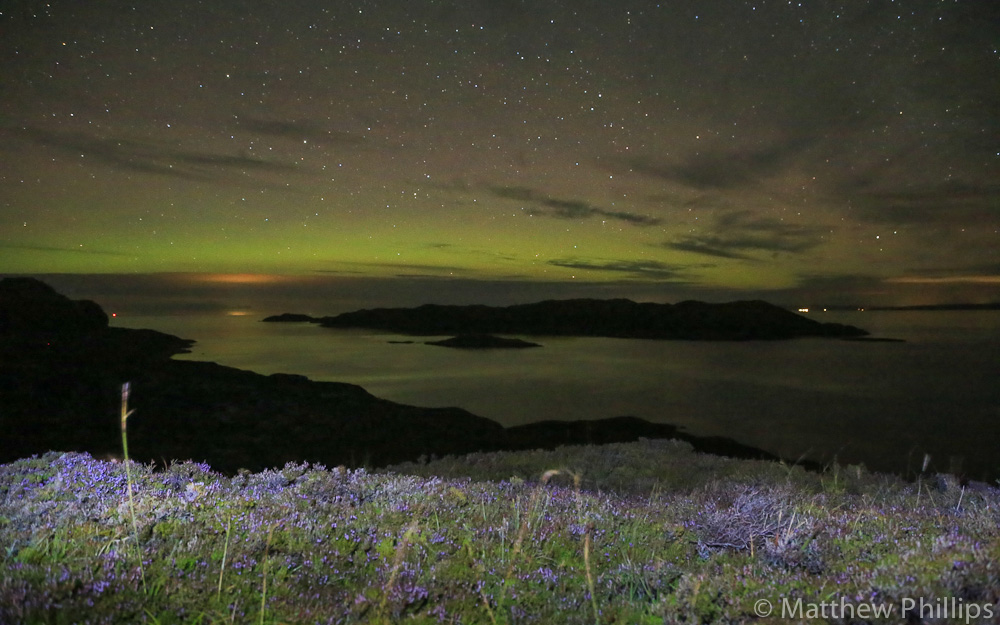 Looking north to Rona across Caol Rona. While trying to get a weather forecast I took the camera up, to the top of the hill behind the bothy, to see if I could get anything. Fairly happy with this one given I didn’t have a tripod. I used my head torch to ‘paint’ the light on the heather. 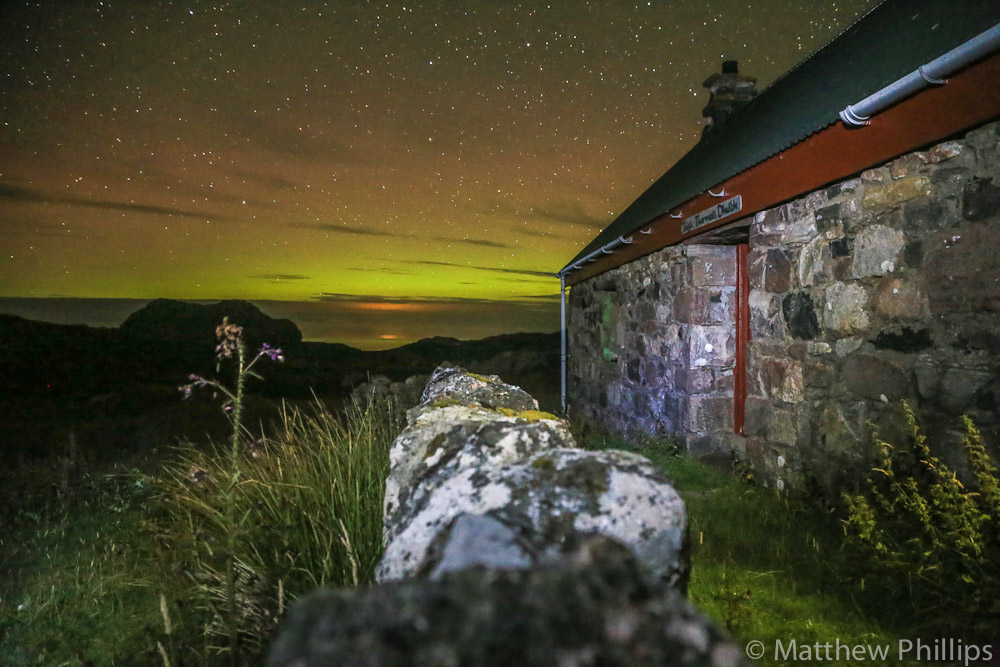 Another one taken in front of the bothy. Using the wall and my toothpaste tube to prop the camera up this time! 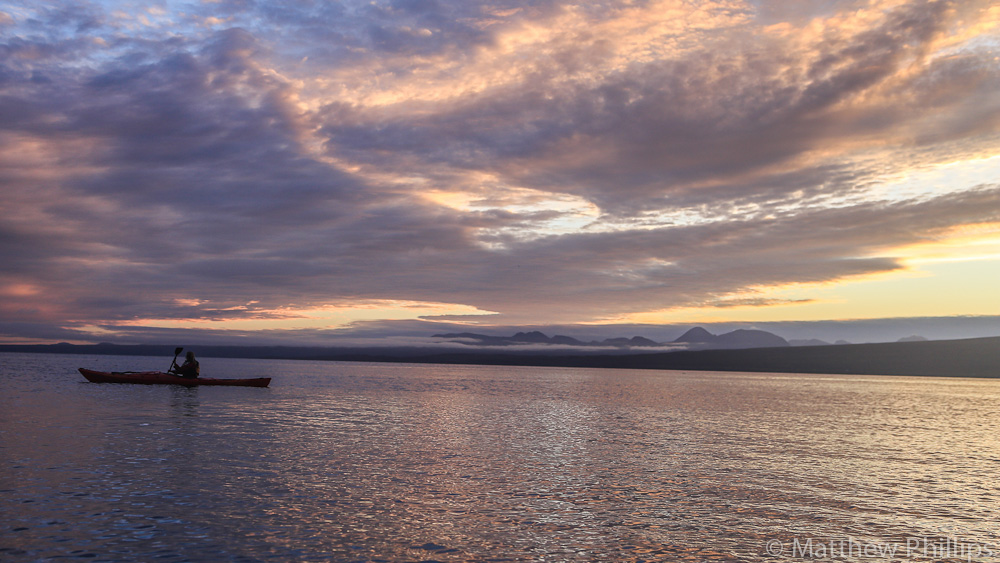 The plan for day three was to get home by paddling the whole of the east coast of Raasay. We aimed to get back to the south end of the island by early afternoon so we had time to sort kit etc. Also the tide would start heading north about midday so it made sense to start early and use the south going tide as best we could. That meant getting up before 6am and packing up. We were on the water at 7am exactly and moving 20min before the sun appeared. 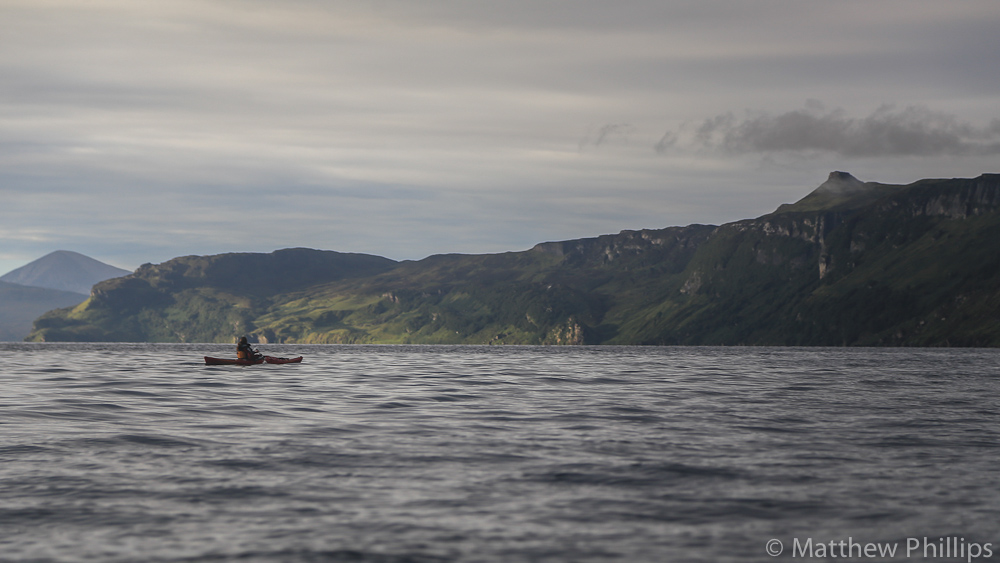 Dun Caan is the high point on the island and nearly unmistakeable in it’s appearance. The east coast is Tolkien-esque and home to numerous cliffs and a few waterfalls. 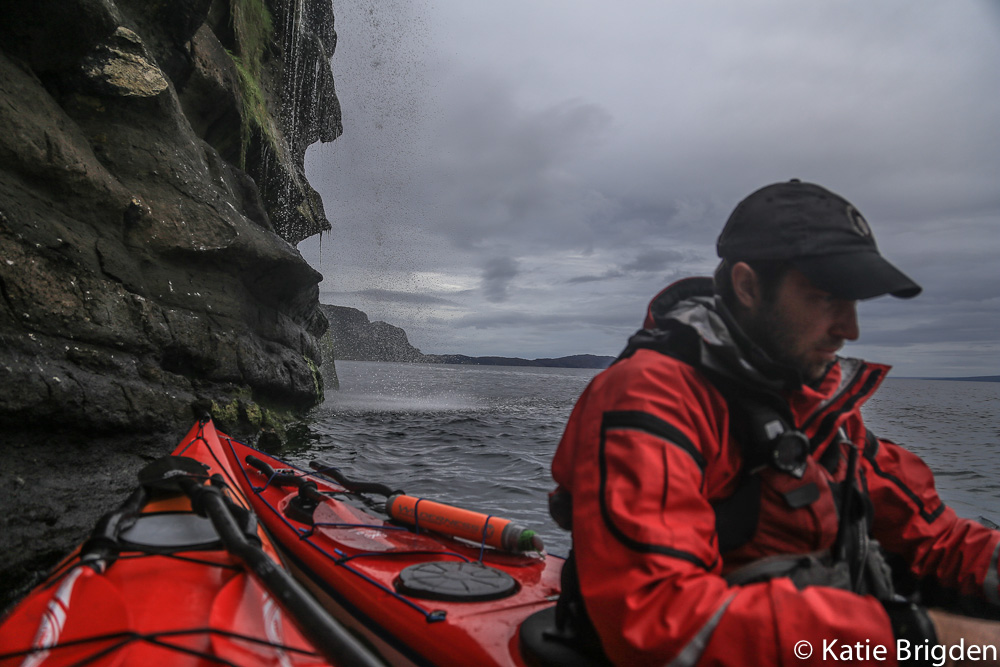 The Hallaig waterfall is the most impressive. There is an old settlement of the same name above the waterfall. Famous Scottish poet Sorely MacLean wrote arguably his best poem about the highland clearances and called it ‘Hallaig’. 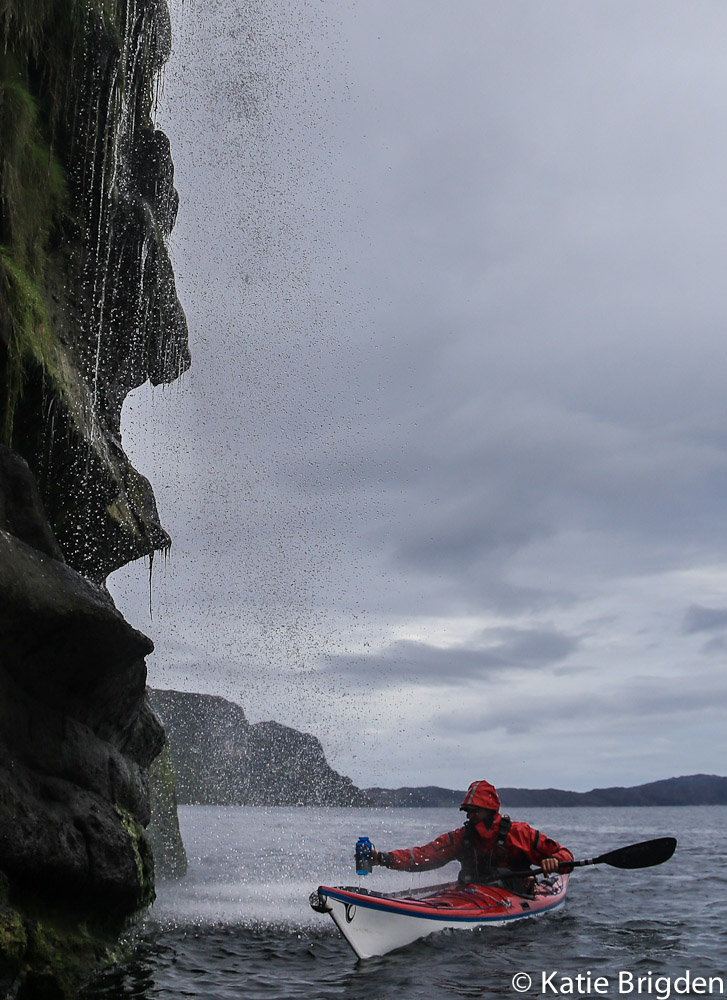 It wouldn’t be right not to paddle under it, so you might as well top up the water bottle while you are at it. 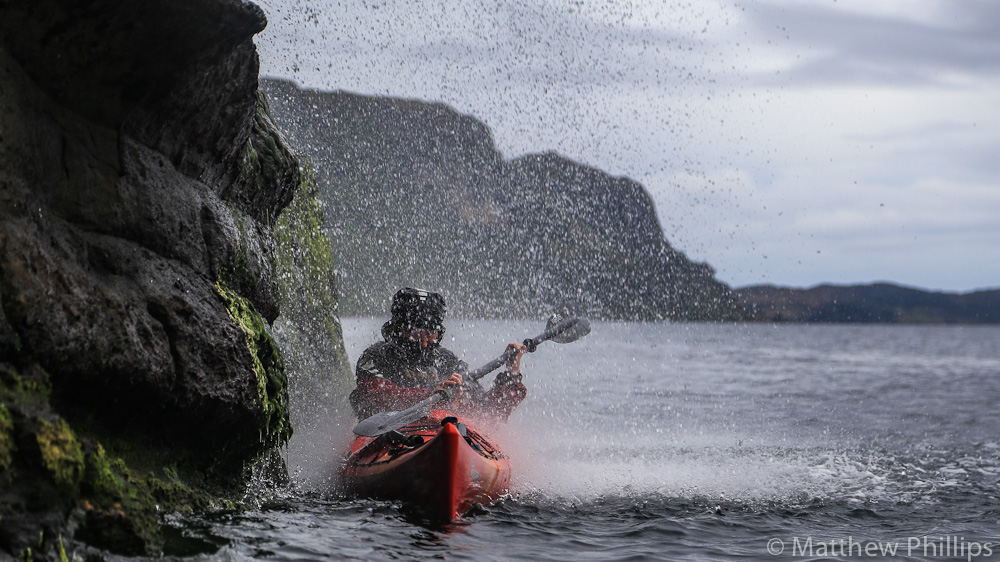 Katie right in the thick of it.

Later in the month I headed to the peak district in England for the winter teams training with BAS. All the new winterers take part in this and learn various field skills. A few faces that will become regular soon enough. 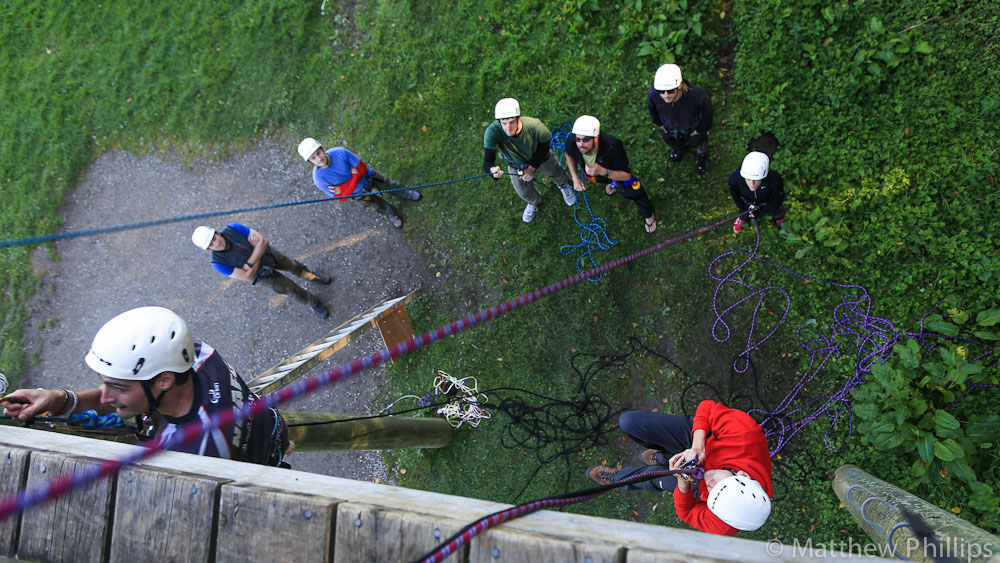 Part of this is jumping or amending a rope, should you fall down a crevasse. Having done some of this before I ended up helping out – also meant I got out of having to do it! The new KEP science team took on the challenge first (seal beat fish if you were wondering). 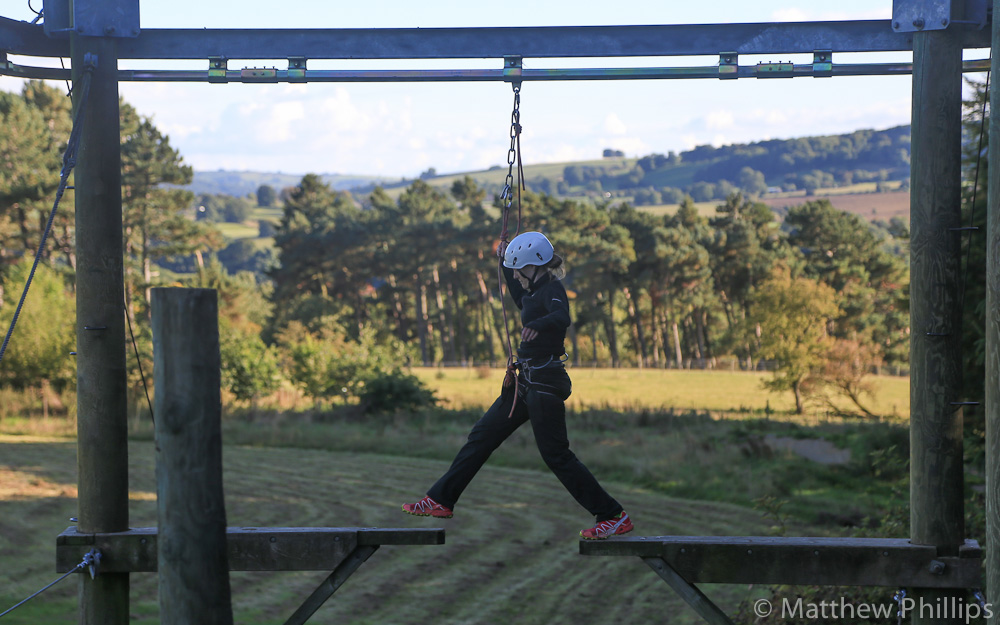 After the fairly strenuous job of getting up everyone was rewarded with a go of the high ropes course. Becky the new Doc-in-waiting taking the leap of faith here. She was sent back after this attempt as her hand was holding the rope, second time was legal though, top marks! 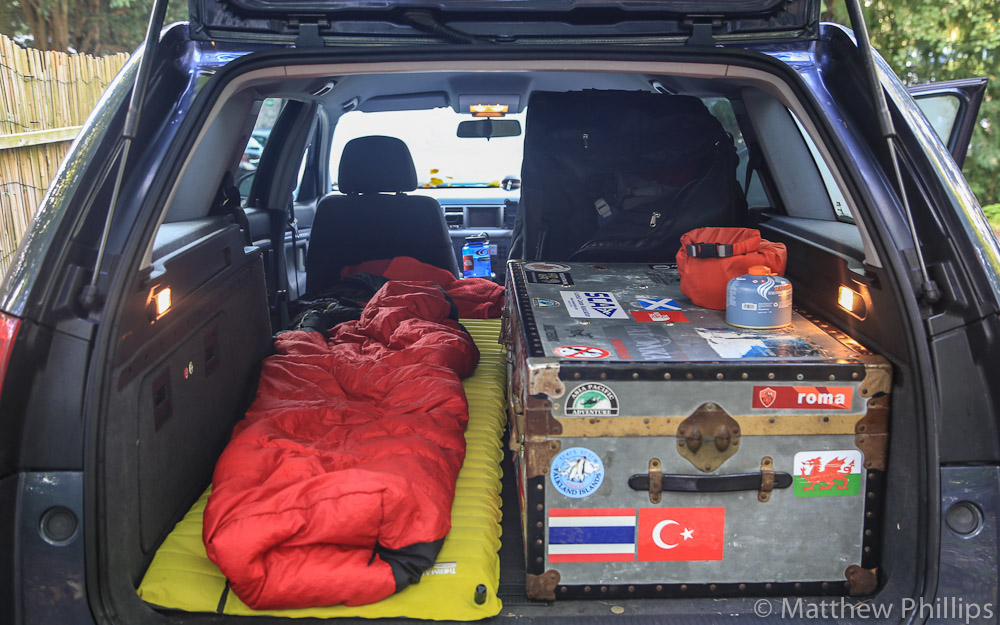 I tried out sleeping in my car during field course and was pleasantly surprised I could lie flat out. I even had enough room to set up my stove for morning coffee.

Right that’s me off to Hong Kong for three weeks! Looking forward to seeing the newest Phillips boy (who arrived when I was between South Georgia and the Falkland Islands a few months back), his parents and some good friends… also beaches and cold beer!