South Georgia – A broken engine, a Jedi and a Dragon!

A little behind getting this months post out, should be back on track next month…

Summer season at KEP is here, not that you can tell from the weather but from the amount of people on base.  It’s been very busy with all the new winterers arriving, a visit from the Royal Navy, a broken engine, the JCR in for first call and all the festive nonsense that happens around this time of year. 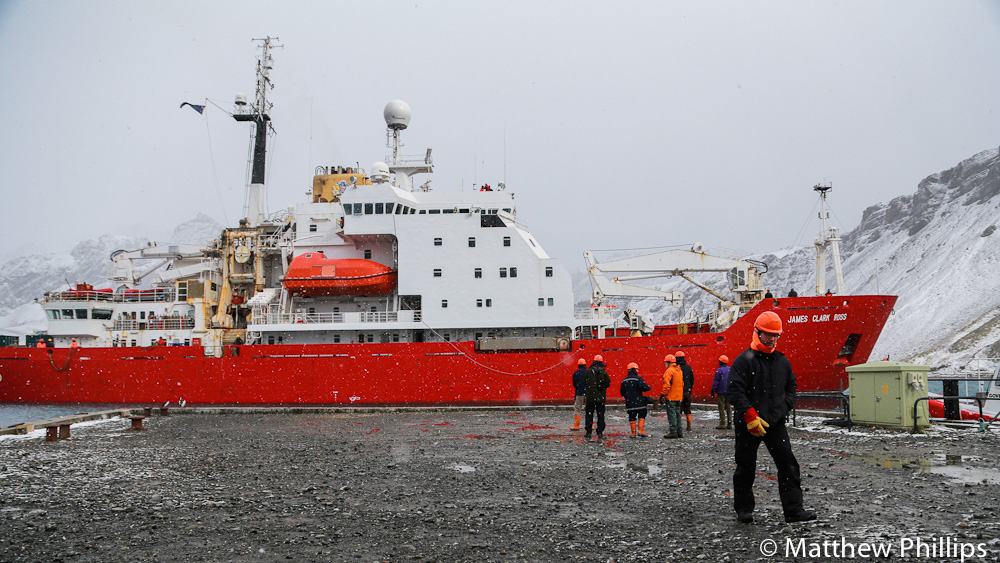 The James Clark Ross (JCR) slowly creeps alongside the wharf before offloading all our cargo which includes our year supply of food, drink and everything work related. It was on this ship I arrived a year ago, stange to watch it come alsonside just over a year later. 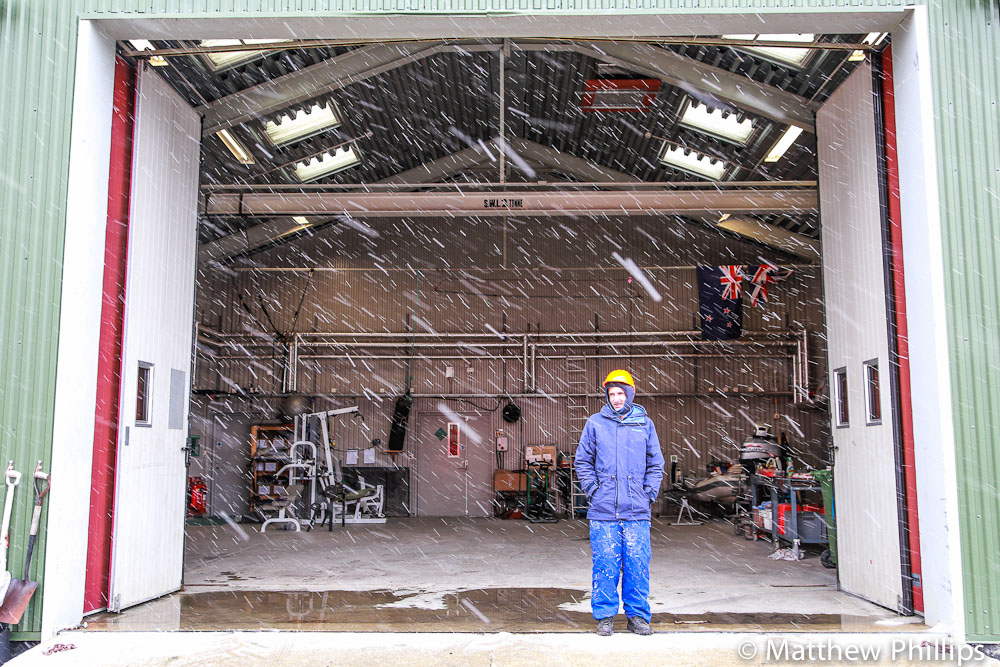 Hugh the postmaster stands guard at the entrance to the boat shed waiting for all the supplies to start coming off the JCR. 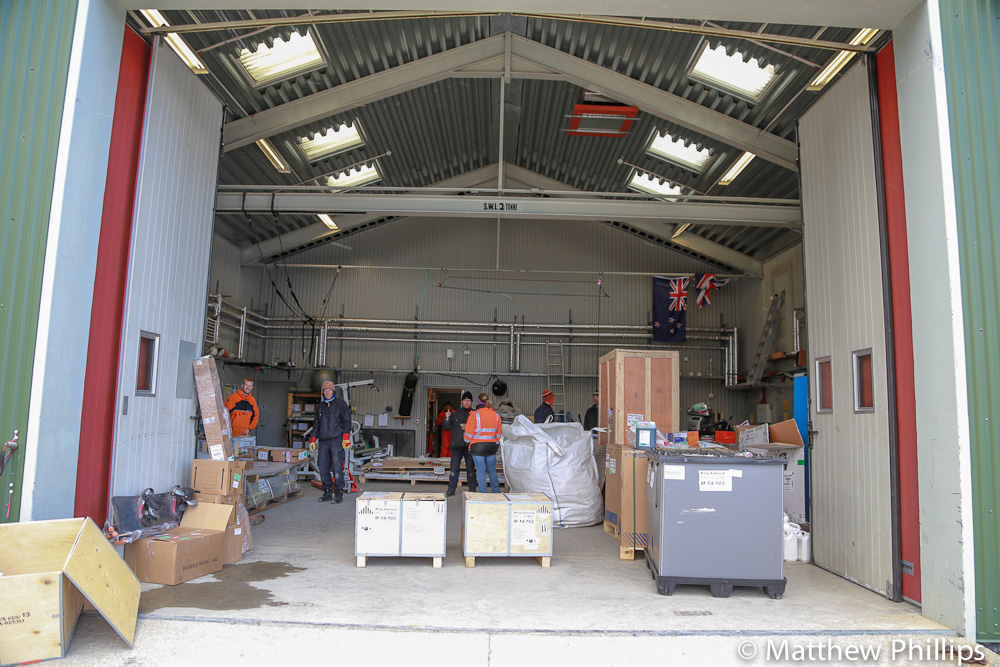 The next day (when the weather was slightly better) we sorted out all the stuff and moved it to its intended location. Lots of stuff in here, everything from a 60ft mast to new wash basins for the kitchen. 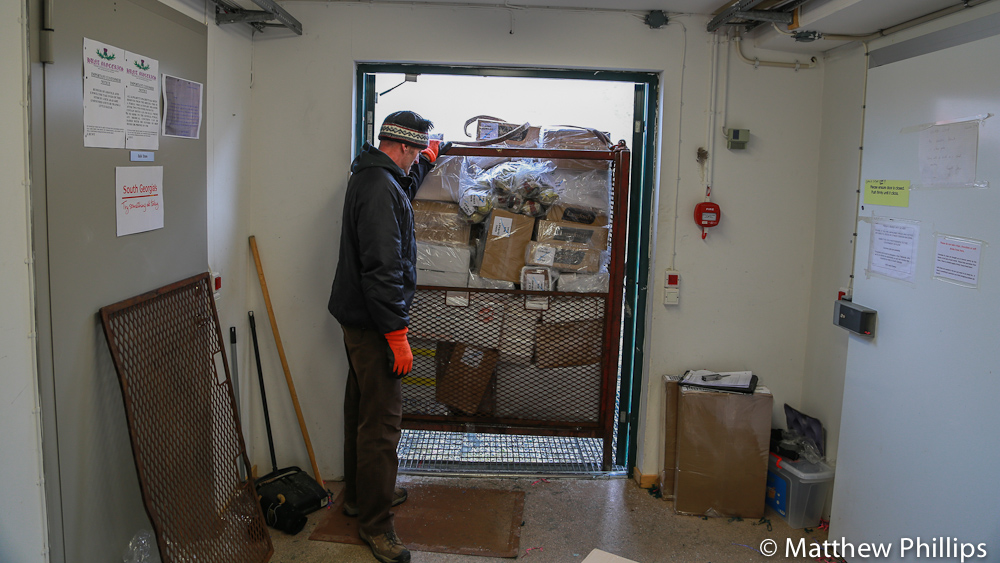 Rod contemplates how to start unloading one of seven cages full of frozen food. We have 30% more bacon and sausages than last year, my hope is that it lasts until July/August when I leave. 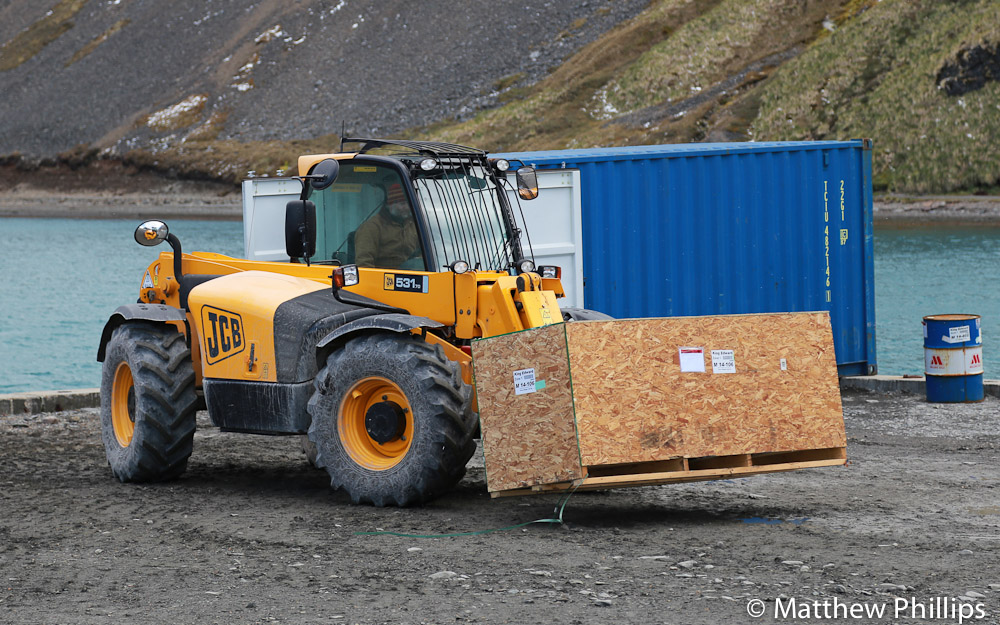 Maybe the most important piece of cargo to come off the JCR was this huge box of toilet roll – hopefully it lasts the year! 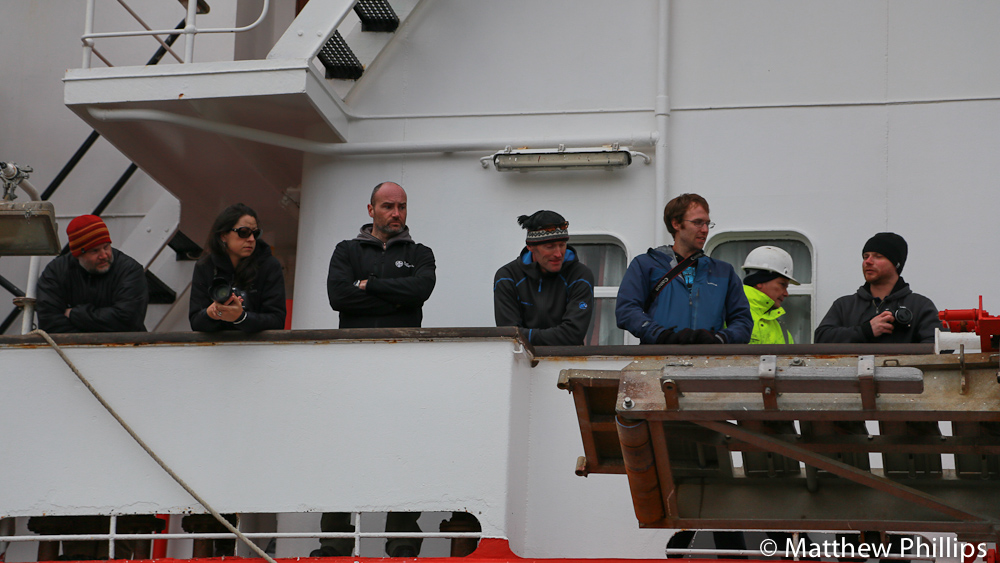 There they go, some had been down for a few weeks other just over two years! Goodbye to my first winterers Daniel, Matt and Chris. 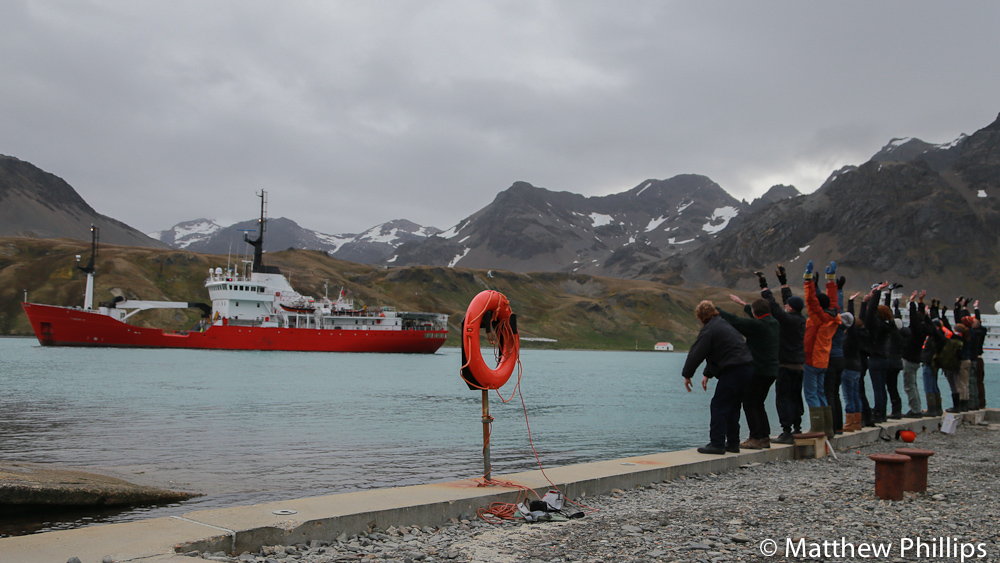 The traditional farewell is a Mexican wave from the wharf. I’m glad my photography gets me out of looking like a mug from time to time! 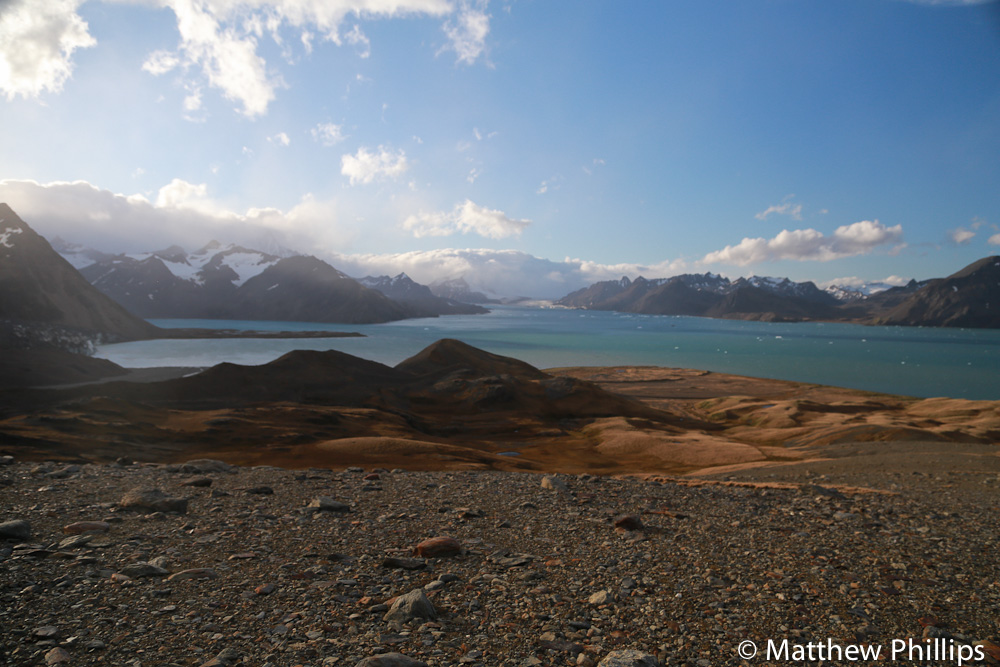 Shortly after the departure of the old winterers, James, Sheri and myself headed over to Harpon, on the other side of the Thatcher Peninsula for a couple of nights. The weather leaving KEP was less than nice but after passing Echo Pass it cleared up dramatically. 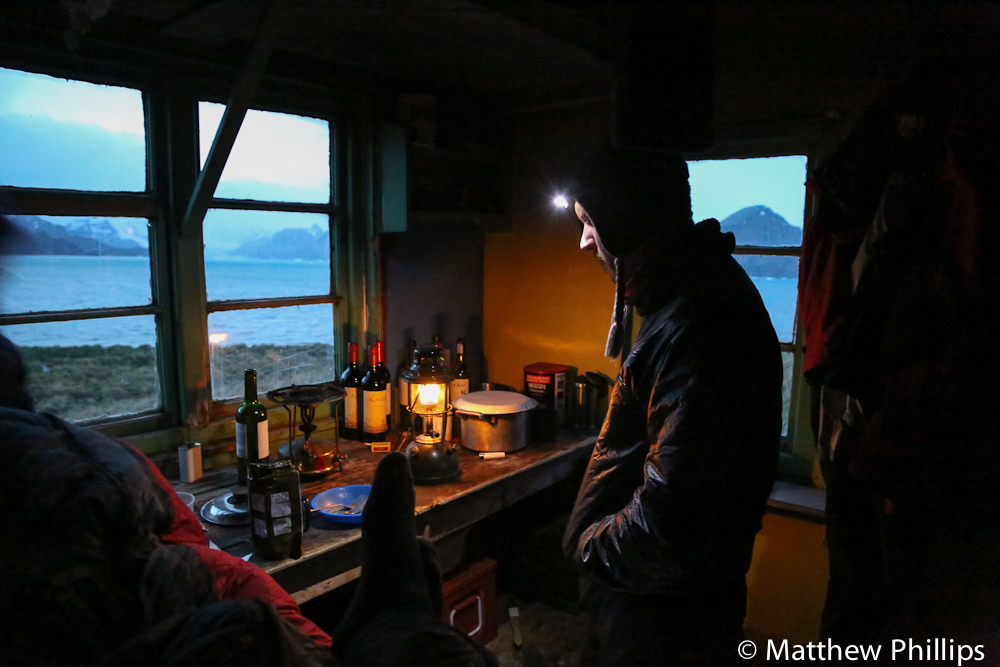 James fires up the stove to make some tea, that looks like a few bottles of wine on the desk but it’s not… honestly. 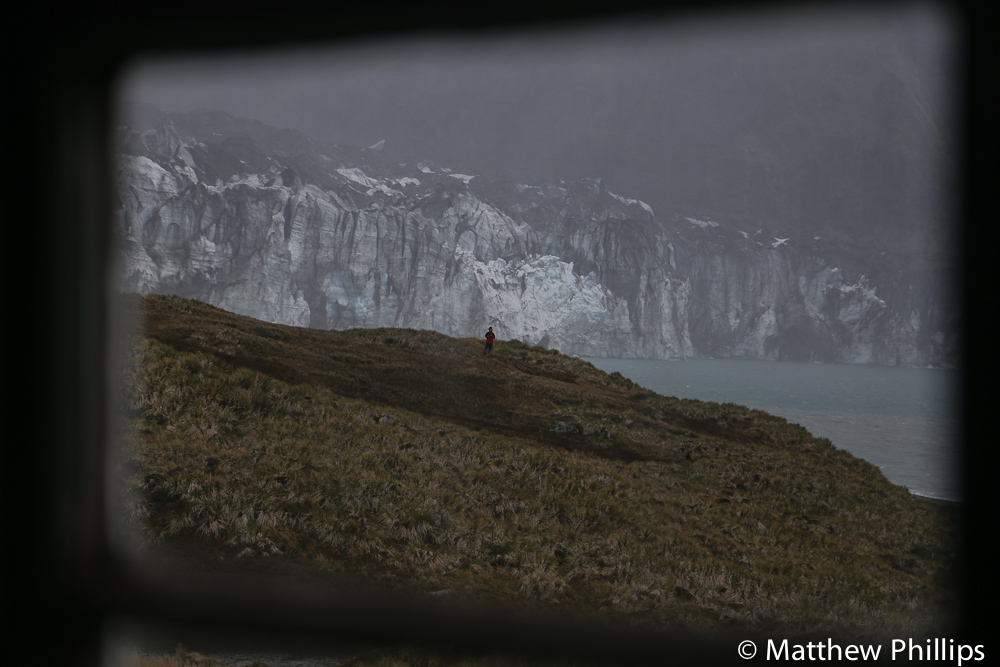 I realise writing this, this photo is quite creepy… taken from inside the hut I capture a lone figure (Sheri) walking out towards the Lylle Glacier. 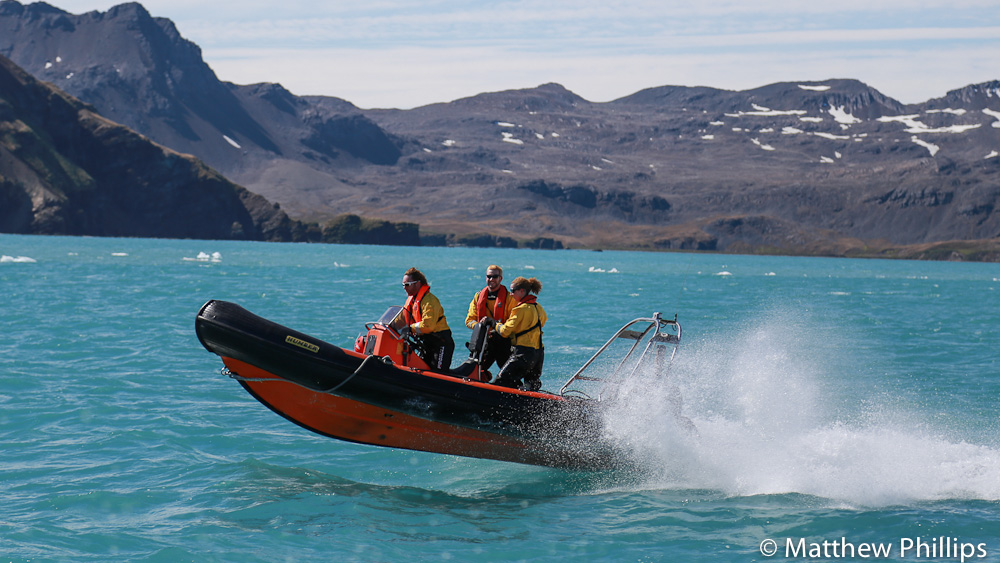 Adam the new boatie gets a little air in Alert while James and Steph (team science 2015) hold on for dear life! 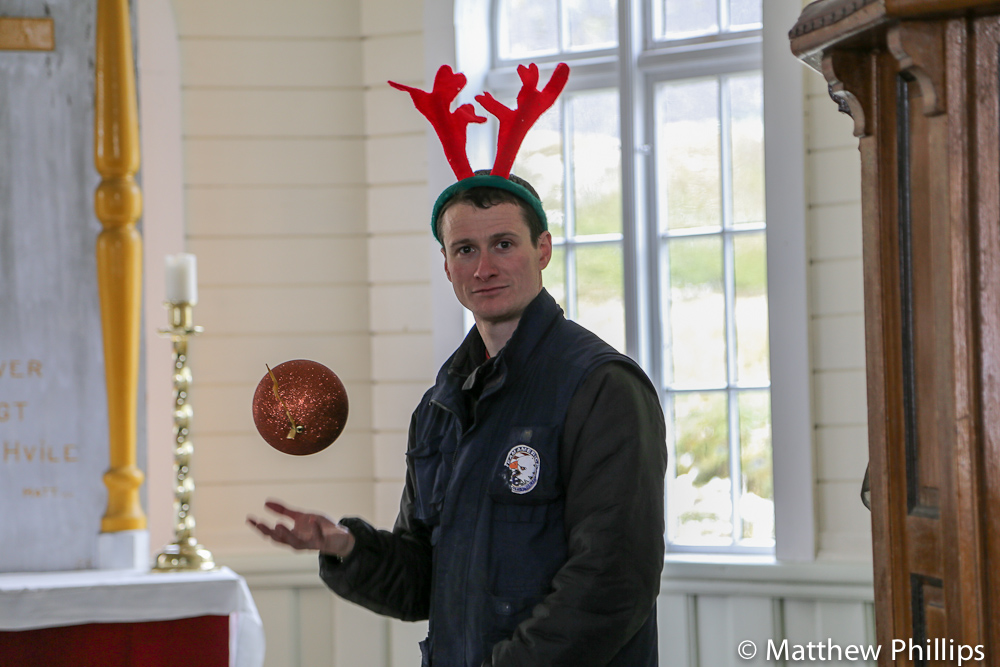 Would you trust this man? The festive season reaches this far south, unfortunately some might say, we had a big church decorating session leading up to the big day. Various tourist ships use the church for services during the festive season. Dickie does some Jedi stuff with a big bobble. The museum girls made mince pies and mulled wine for the occasion, thanks girls! 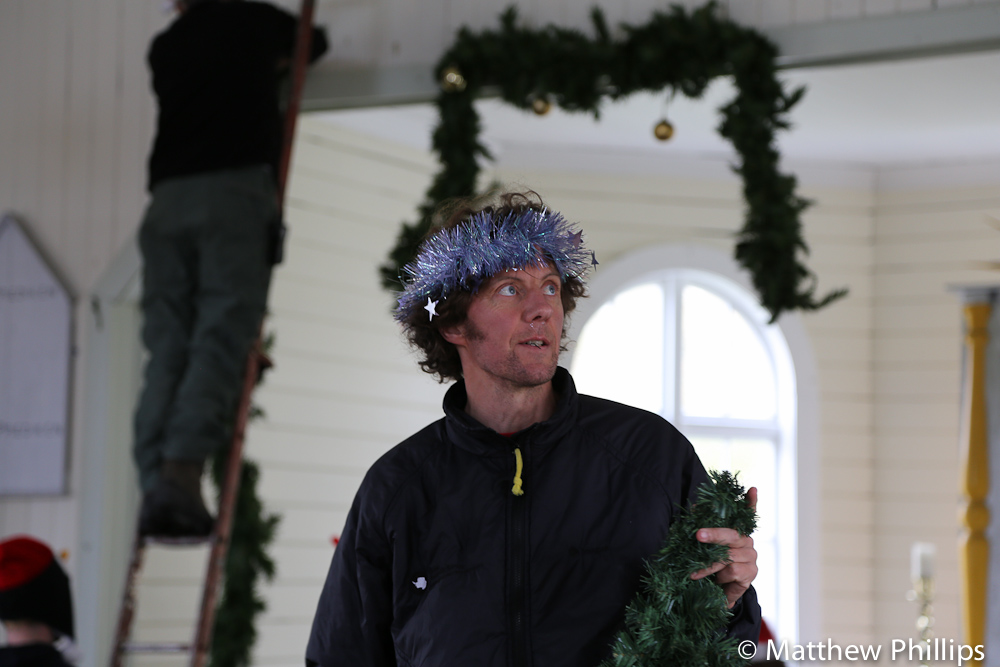 Ian the new Station Leader (new title to replace the slightly militaristic Base Commander title of old) looks a little like Jesus or Jebus for fans of the Simpsons. 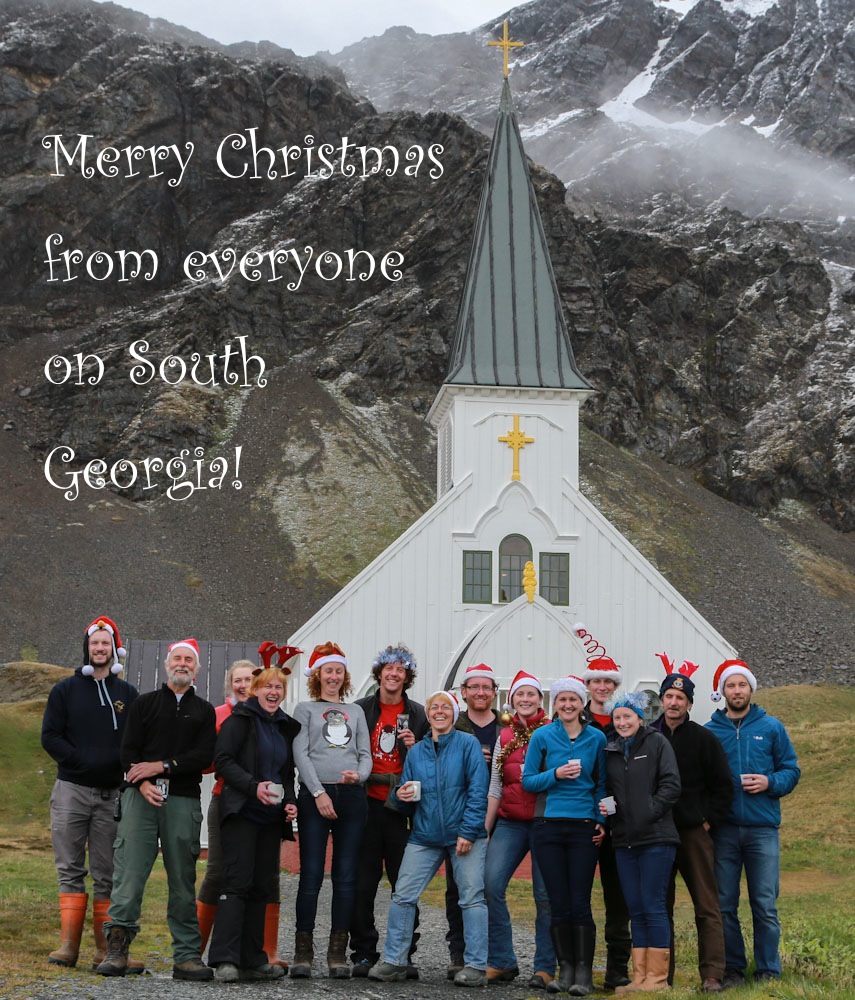 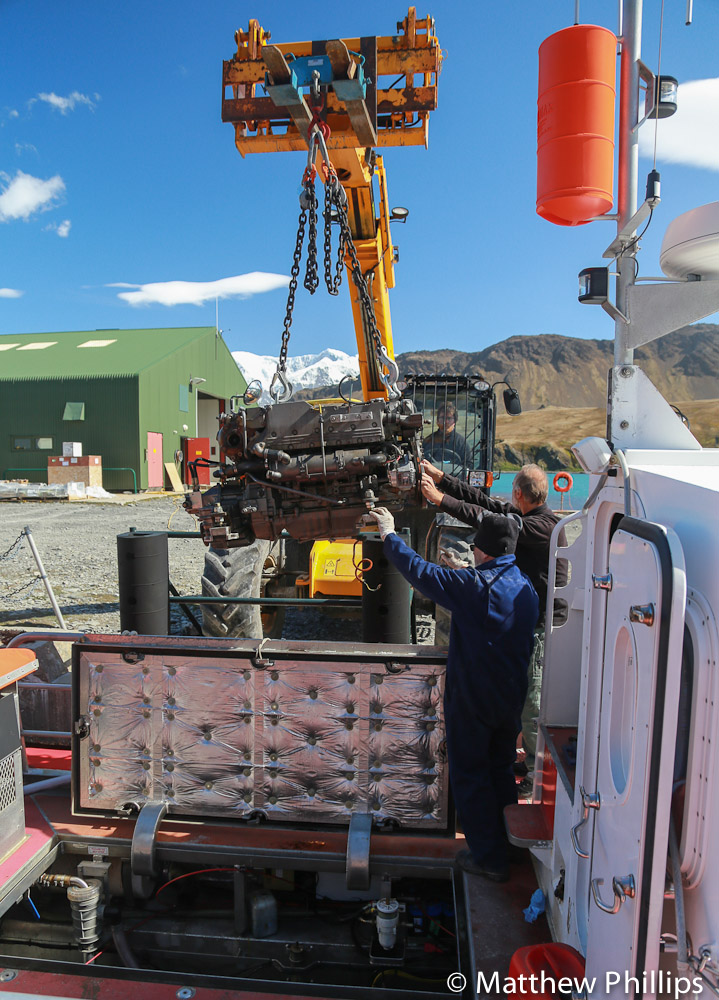 So, on a tour of Cumberland Bay West one of the engines in Prion decided to die, after crawling back to base on one engine we did some investigating and decided to remove it to strip it down for a closer look. 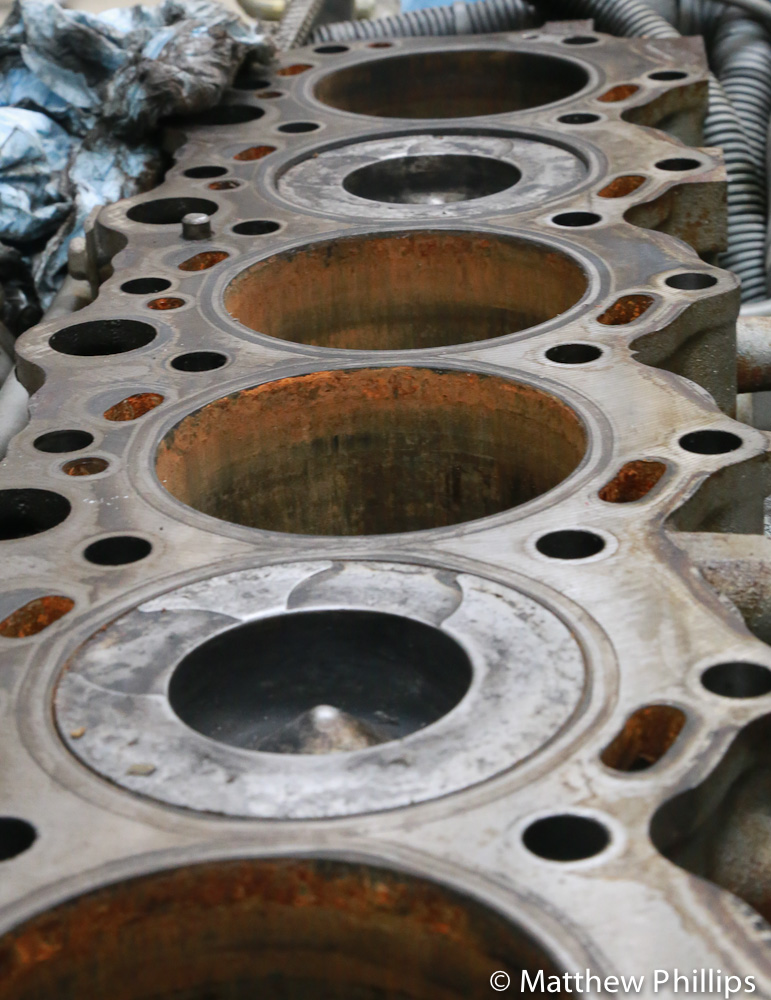 Erny (returning mechanic) took the engine apart and had a closer look. We found a couple of problems… the first one was hidden away and too hard to get a decent photograph but the wall between the exhaust manifold and the coolant system collapsed and pressurised the coolant system. The other problem was one we suspected for a while. The two piston heads here should be the same height, the engine was involved in a near sinking incident (before my time) and must have let water get into the cylinder heads, that caused the ‘rod’ that pushes the piston head up and down to bend. That means the fuel in the cylinder wouldn’t fully combust and therefore cause excessive smoking and ultimately a drop in performance. Anyway enough of the technical stuff… 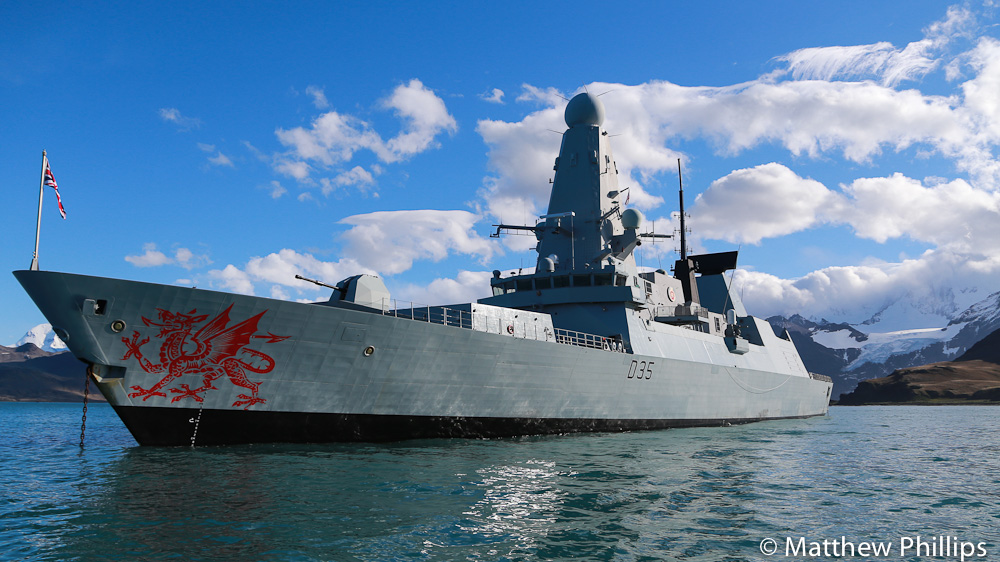 HMS Dragon is one of the Royal Navy’s newest Destroyers. She was in for a few days either side of Christmas which kept myself and Adam really busy providing a taxi service. 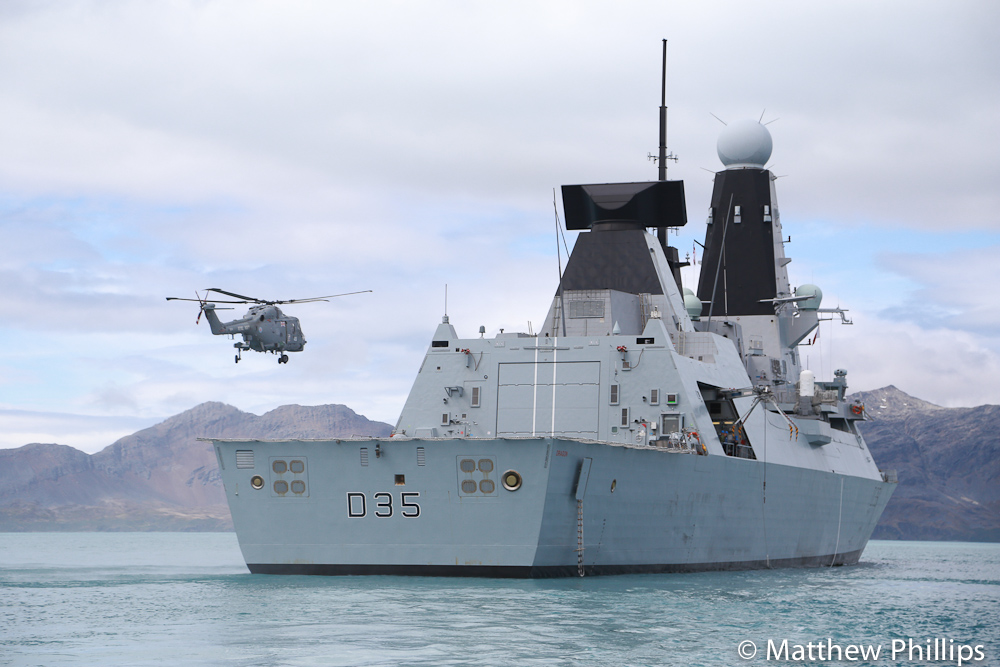 They have a Lynx helicopter onboard which can launch torpedoes, transport people to and from the ship etc. For us they used it to have a look for reindeer on the Barff Peninsula… they saw 21.  The radar is an impressive piece of kit, it can track 1,000 objects as small as a cricket ball (or a baseball for any American readers) traveling up to Mach 3 (3x the speed of sound). The ‘claw’ hanging over the starboard (right) side is what they use to launch and recover their RIBs from the ship. 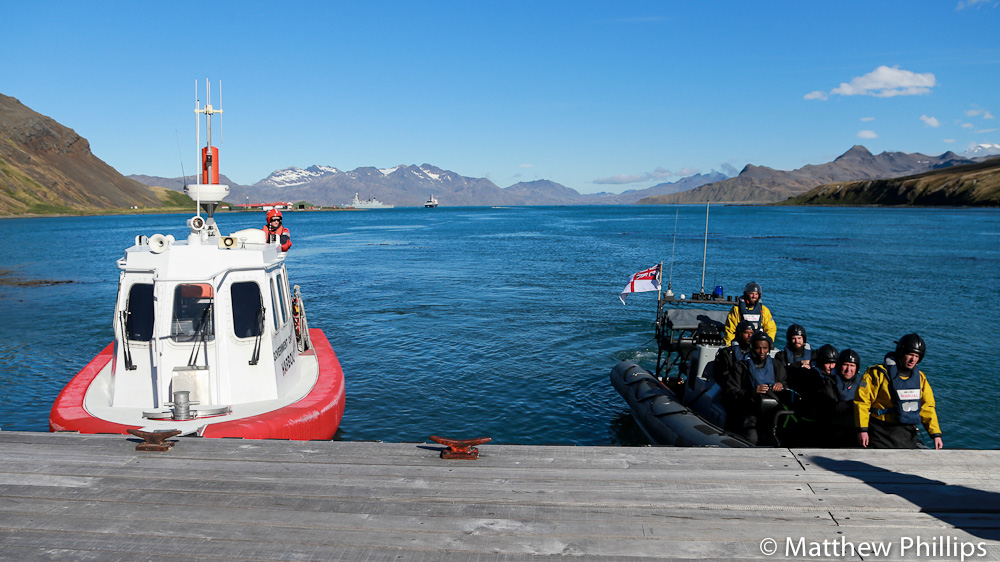 Pipit and one of Dragons RIBs over at the whaling station jetty helping with pax transfers. They had just over 200 crew onboard who all managed to get ashore eventually. 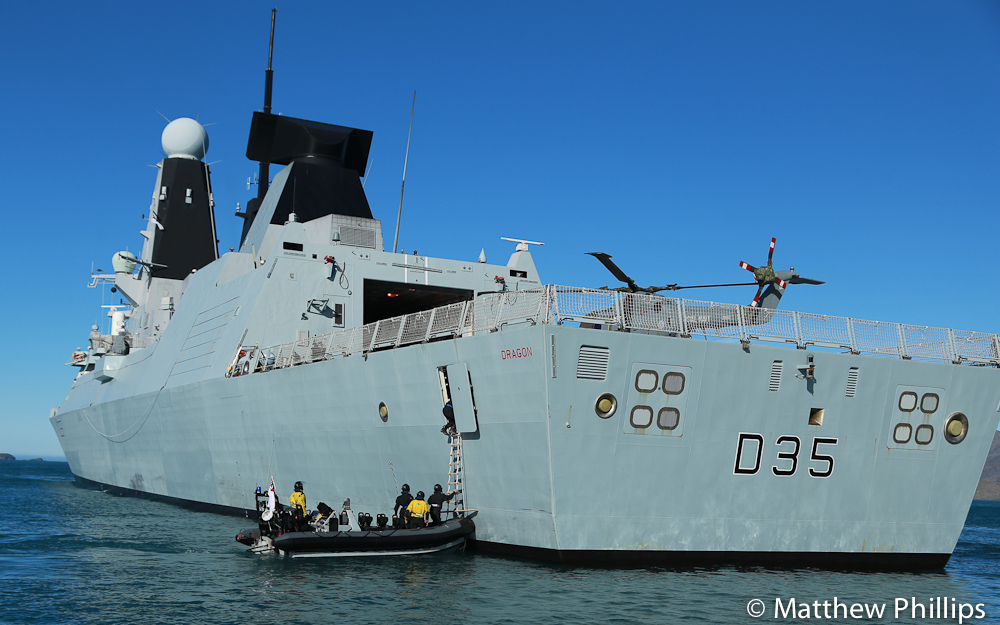 The pilot ladder is one of the worst I’ve had to come alongside. The overhang made it really tight for the jetboat when it was parallel so I tried putting the jet boats bow in front of the ladder and duly broke the step when I pinned it against the hull. In my own defence that’s the first one I’ve broken in 13 months which is good going for a boatie I believe… they had also caused some slight damage to my jetboat so there might be an element of revenge in there too. 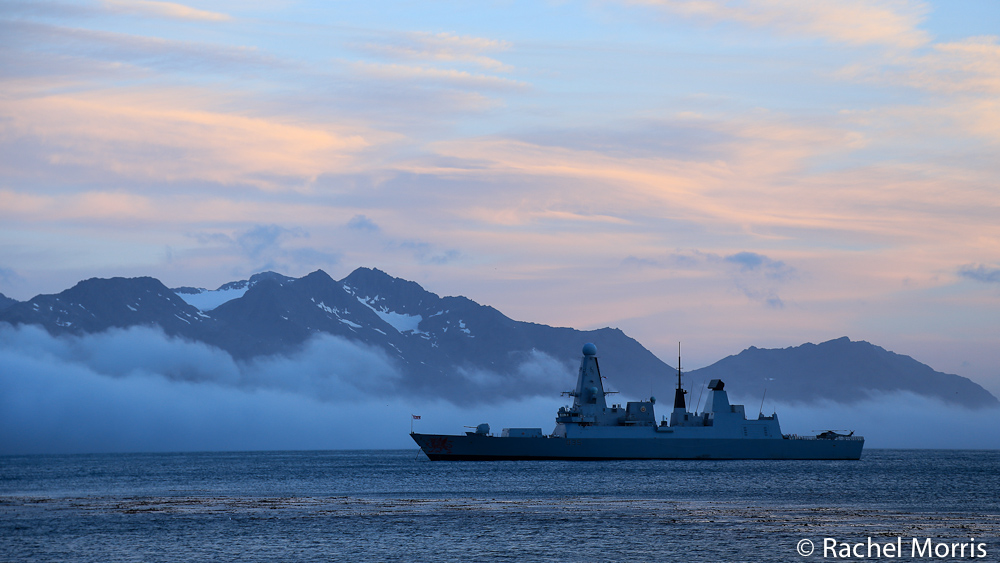 I took a couple of similar photos of this view. This months guest editor (Rachel Morris) took the best photo to be fair… I’m not sure if it’s because she’s a better photographer, if the cold at 3:30 am got to me or if it was a healthy amount of gin in my system. 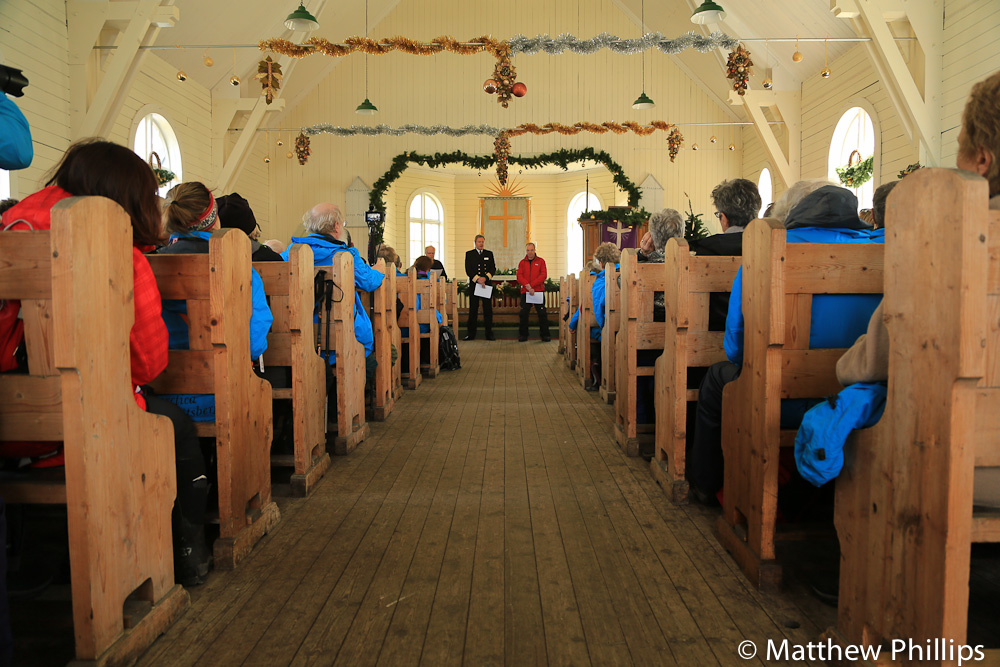 Christmas Day in the church with the passengers and crew of the Fram. A special visit for me as friends of one of my brothers were on board and acting couriers for a special Christmas day delivery of goodies. Thanks Mr and Mrs Young for bringing the stuff down – you may be geniuses for putting some Hall’s Soothers in there as I was in the middle of a particularly bad bout of man flu! Thanks again! 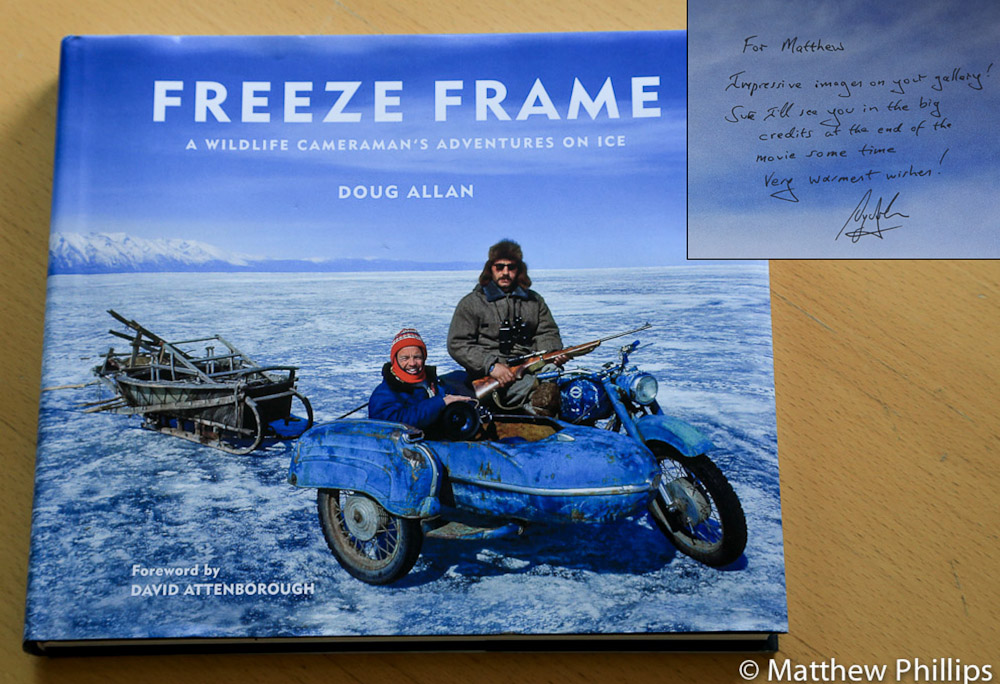 The present sent down from my brother and his family was a signed copy of Doug Allan’s book (among some other small stuff).  If you’ve seen Frozen Planet or any other BBC series featuring David Attenborough then you’ve probably seen some of Doug’s camera work, he was also in front of the camera in ‘Operation Iceberg‘ and was on Russell Howard’s show the other week (so I’m told!). He’s an ex BAS winterer and still well regarded among BAS folk, not just for his camerawork. If you see the book, and like anything polar, I thoroughly recommend it. It’s full of great shots and the stories that go with them are great. You can check out his web site here: www.dougallan.com where you can also order a copy. 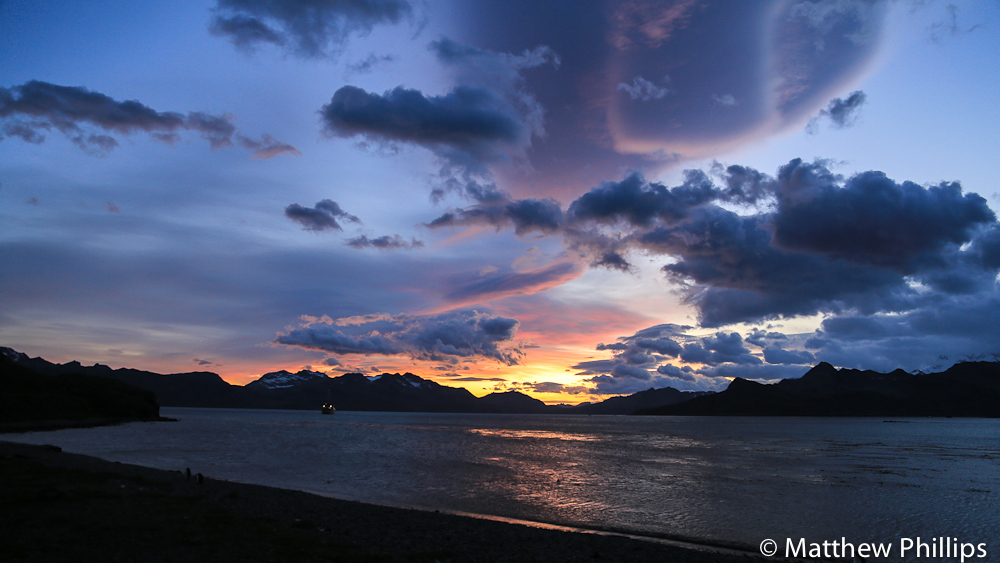 More early morning and more stunning sunrises. I didn’t trust the weather to hold otherwise I would have set up a time-lapse. 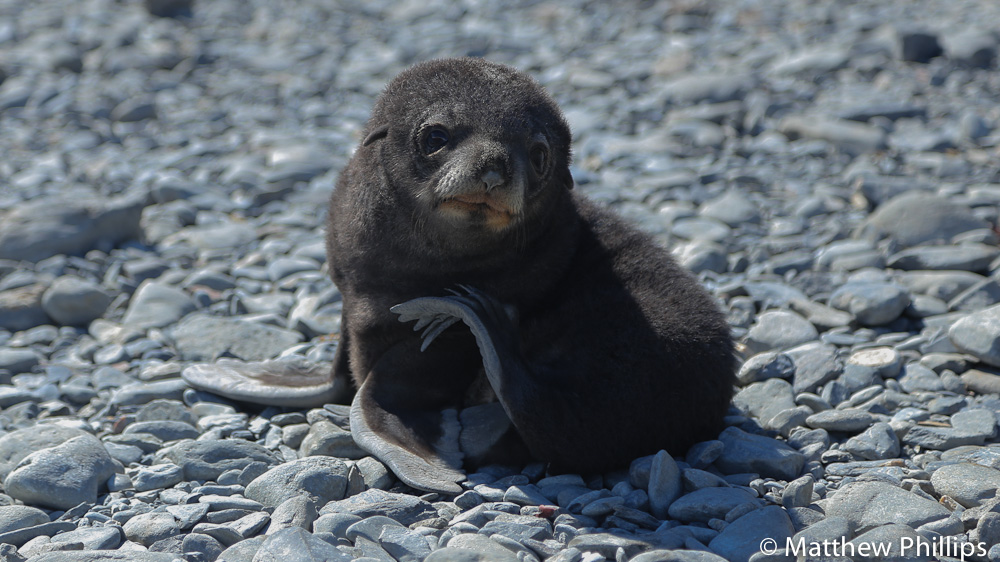 There are aggressive black balls of fur seal going about at the moment. The first pups arrived at the start of the month and are increasingly becoming part of the scenery. This little one is only a few days old and will weigh about 8kgs. 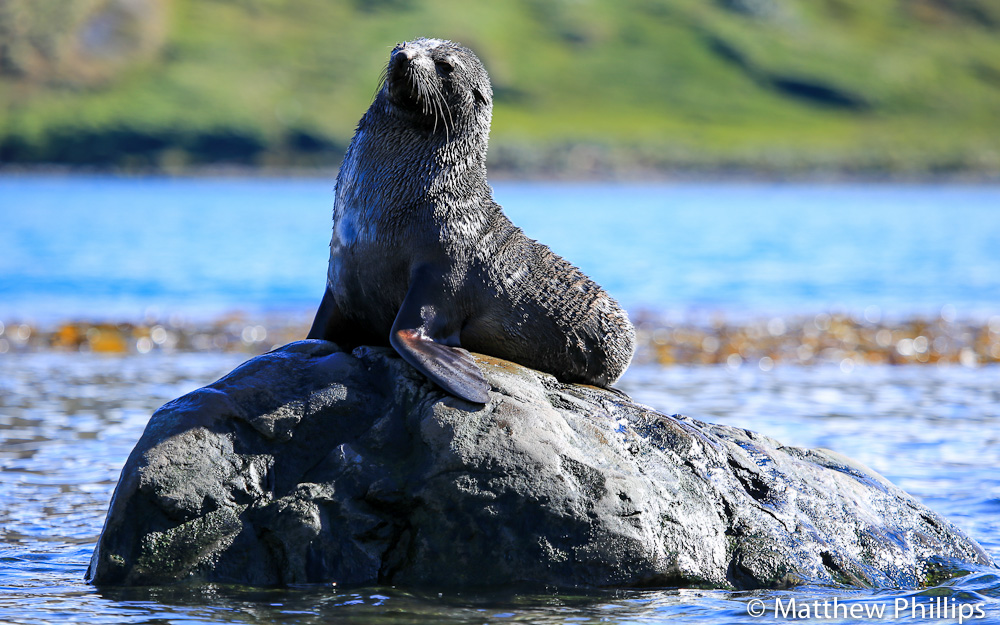 This nearly fully grown male weighs about 80kg and is full of testosterone, like the rest of the males at this time of year. They are fiercely territorial on land and will chase anything that isn’t a female fur seal out. 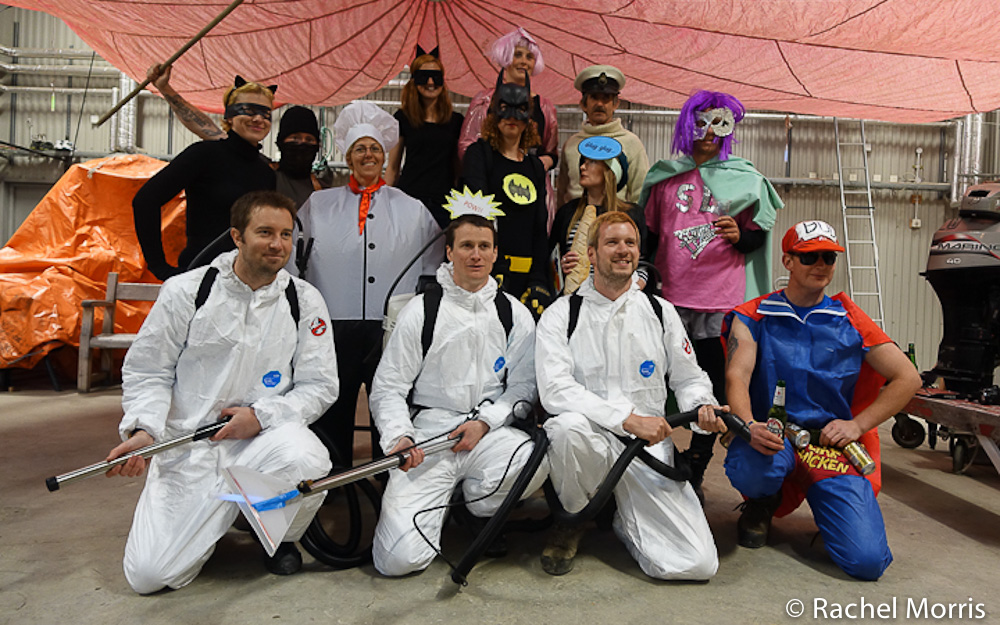 New Year’s Eve was a party in the boat shed. The fancy dress theme was ‘superheroes’ we had various interpretations including the Ghostbusters, a ginga ninja, Catwomen, a super leader, a sailor, a fat chef, a cheese-eating wine-drinking Frenchie, a super bud and Batwoman. I can’t explain the story behind most of them but it doesn’t matter…we all had a good time! 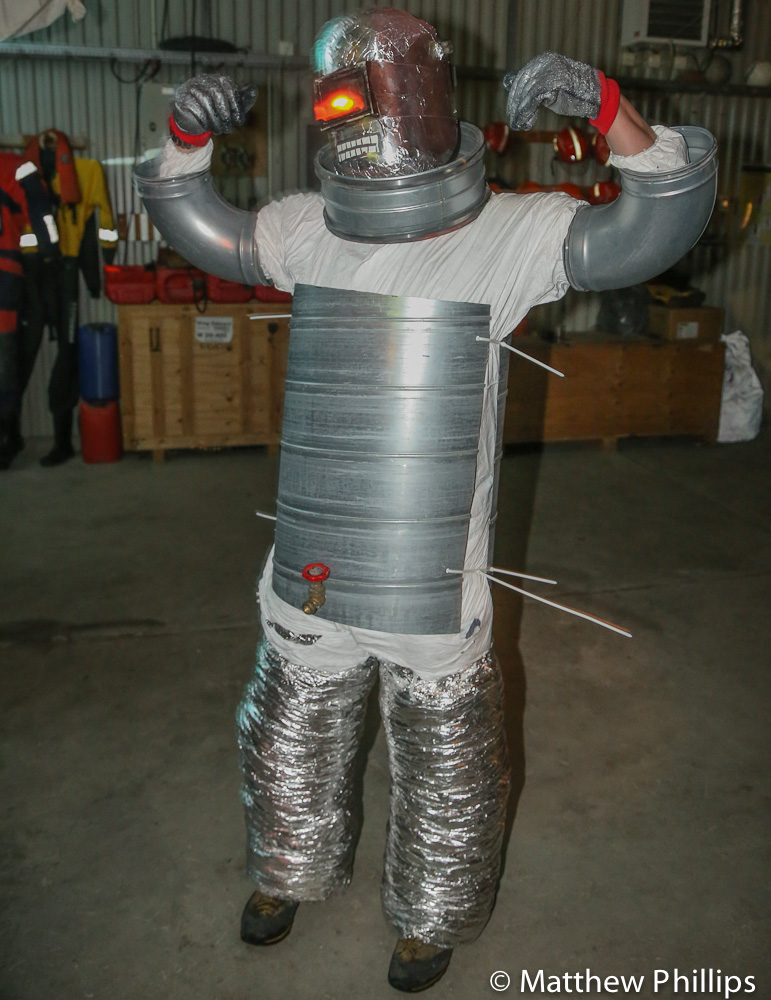 Best costume goes to Andy Porter who came as Bender from the TV show Futurama.

I didn’t get any photos of Christmas Day this year, we had a big meal on the day which everyone helped with and the builders organised a BBQ for lunch… not the healthiest day. I have a few pics from Christmas last year in ‘South Georgia – The Beginning’ (click on the link on the right hand side of the page) if you are interested to hear more about the day.

Hopefully some more wildlife and outdoor shots next month, now that the festive season and man flu have passed I should be out and about more.